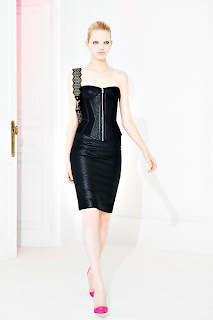 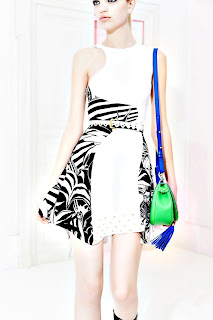 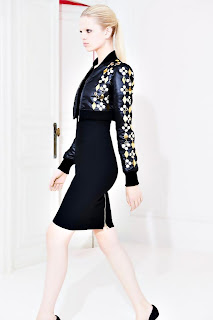 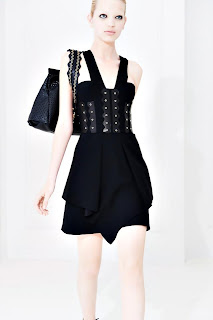 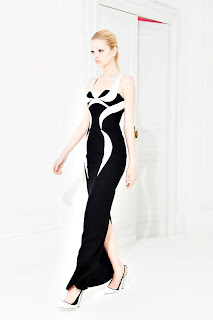 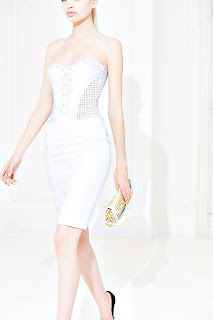 After the exuberant flashbacks of her Fall 2011 collection, Donatella Versace was mining the family archive again for resort 2012. This time around, she turned her hand to the exotic hothouse prints that were in full bloom back in the mid-nineties. To give new form to those iconic florals, she filtered palm fronds and hibiscus through the sensual line of Henri Matisse; the swirling Miami palette on one body-skimming minidress was particularly hypnotic. Several designers have been drawing on tropical flora and fauna for inspiration this season, but recasting these cliché picture-postcard associations for a sleek urban setting isn’t easy. Versace did it the right way, and her dark, painterly curves had an alluring touch of danger about them.

Broad references aside, the finer points traced through the collection were worth revisiting. One black leather trench was perforated with thousands of crescent moons, an intricate stamped leatherworking technique known as traforato. And what appeared to be shiny polka dots on a pair of cropped black pants was the hard-edged twinkle of metal grommets. That ultraluxe take on subversive embellishment has been making the rounds again, and harks back to a especially triumphant moment in Versace’s history, involving a young Liz Hurley, a plunging black dress, and a handful of artfully placed safety pins. Given the current demand for jaw-dropping red-carpet looks, Donatella is wise to mark her territory with the devilish details.
by Chioma Nnadi via: vogue
Email Post
Labels: Resort 2012 Versace Versace Resort 2012