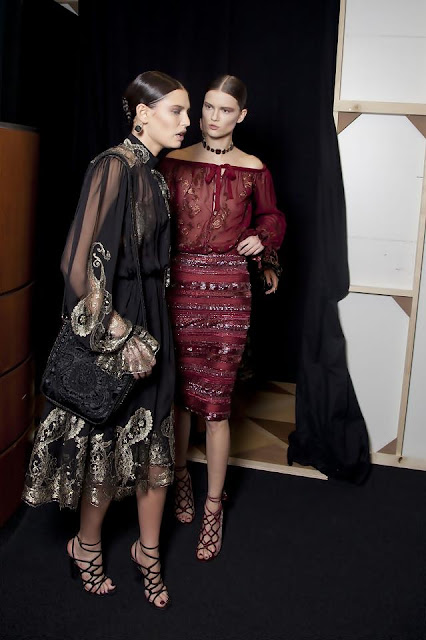 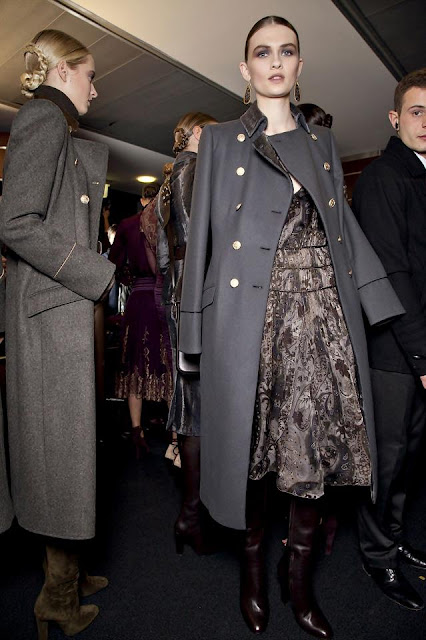 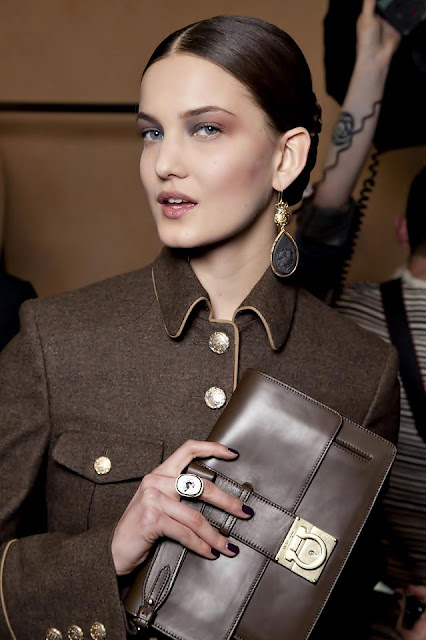 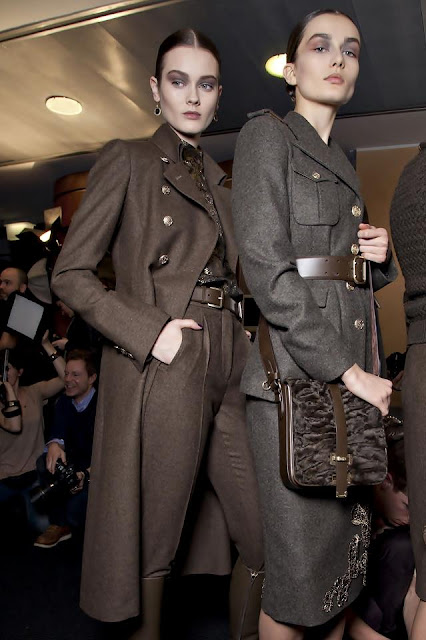 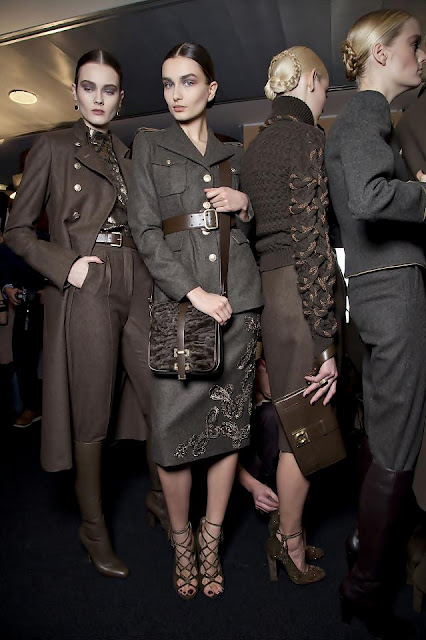 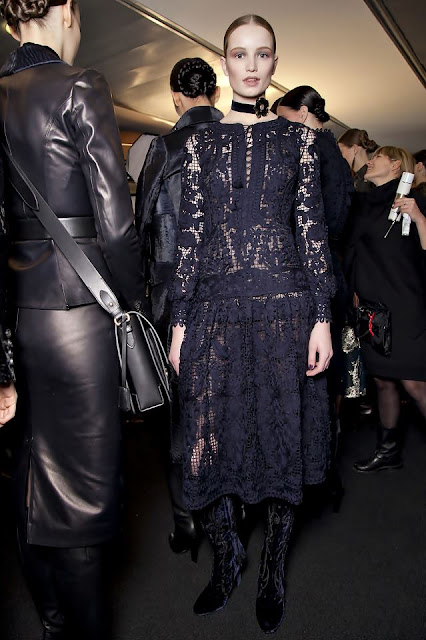 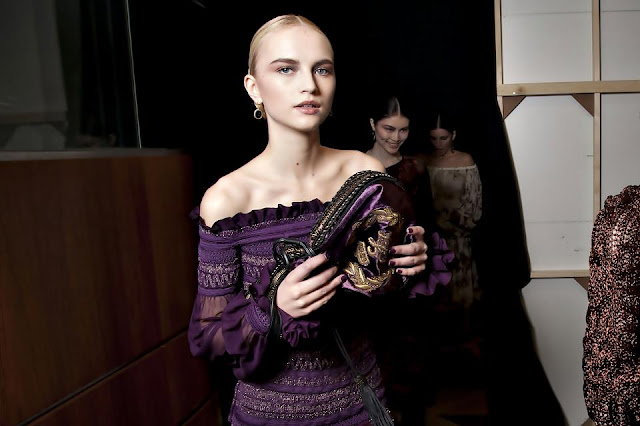 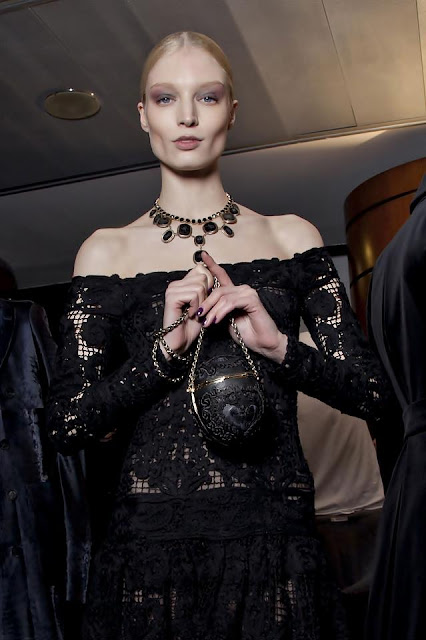 “The contrast between a very sleek and tailored uniform, and very fragile work,” said Massimiliano Giornetti of his vision for the Salvatore Ferragamo collection. This translated into a strong show where a vision of Russia played out beneath crystal chandeliers and across a parquet floor.

There was Russia in the military greatcoats and capes in felted wools, and in the astrakhan and butter-soft leathers (worn with chicly reinvented Revolutionary-era kit bags) in a palette of black, khaki green, rust, and dregs of wine, and in the Cossack blouses and full paisley and golden lamé-threaded chiffon gypsy skirts that had a whisper of Turgenev to them– and more than a whiff of Yves Saint Laurent’s legendary 1976 Ballets Russes collection.

Giornetti explored “the idea of craftsmanship,” exemplified by the house since Salvatore himself began creating exquisite footwear in the 1920s, in the lavish, scrolling wool embroideries, subtly traced in tone-on-tone on an ebony velvet topcoat or riding boot, and in the thick frogging details embellishing roll-neck sweaters.
Pencil skirts and shapely tops were seemingly composed of horizontal bands of vari-textured ribbons, and some of those airy Gitane skirts had insertions of delicate, pale-gold lace at the hem, or sprinklings of fine bead embroidery picking out the boteh motifs. The charm was in the details; in the exquisite nineteenth-century-looking jewelry including cameo necklaces, and pendants attached to velvet ribbon chokers; the lattice-laced sandals tied with dainty tassels; and the evening minaudière shaped and embellished like a Fabergé egg. by Hamish Bowles via: vogue.com
Email Post
Labels: Backstage Fall 2012 Salvatore Ferragamo Salvatore Ferragamo Backstage Fall 2012