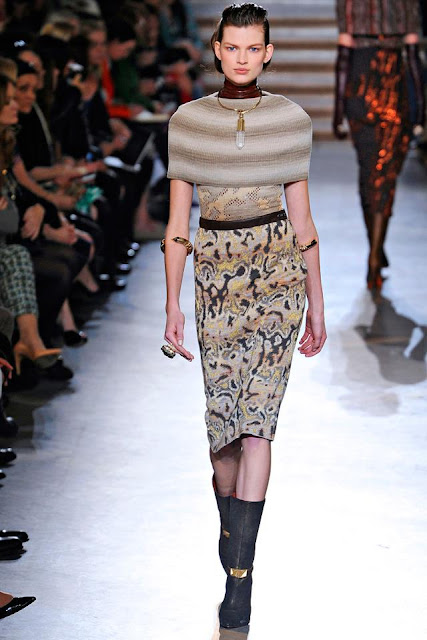 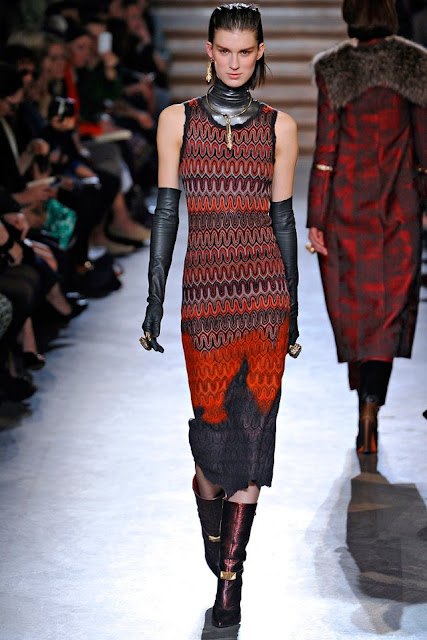 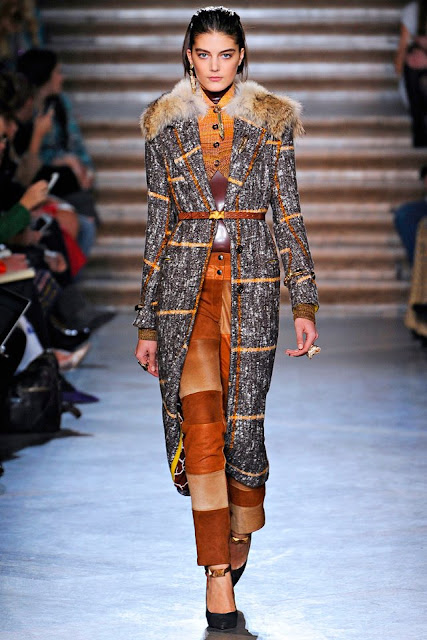 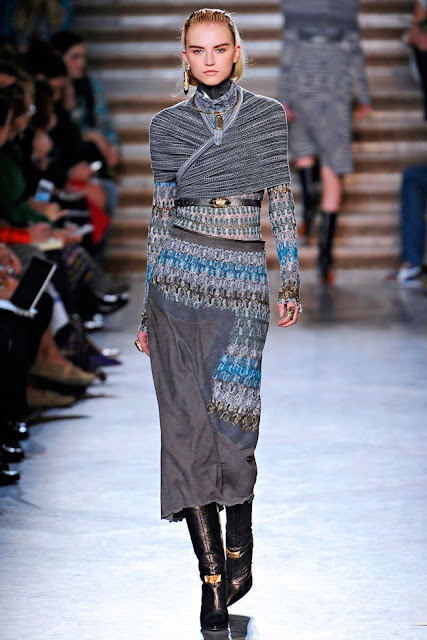 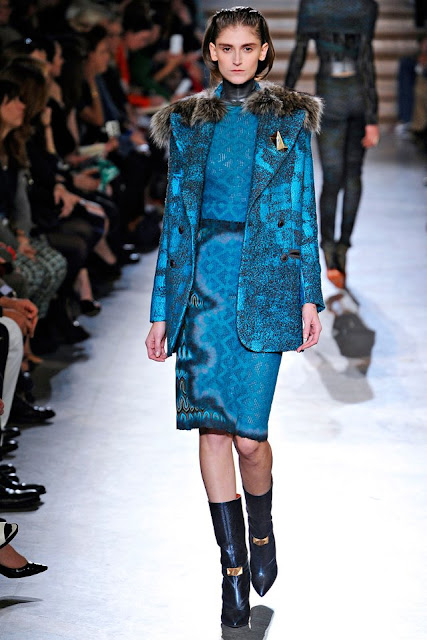 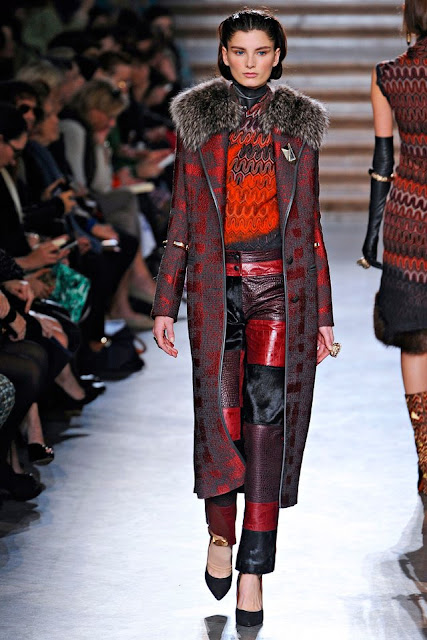 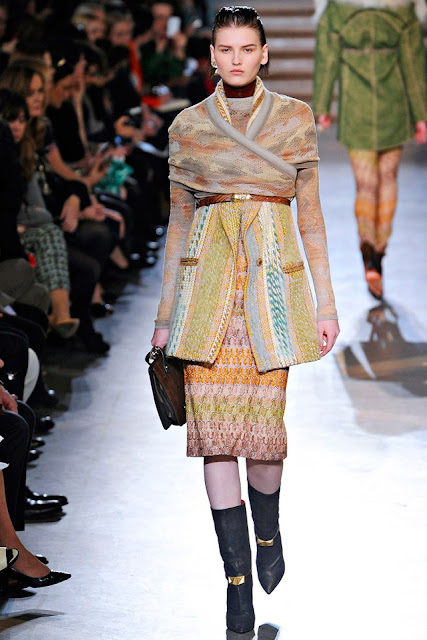 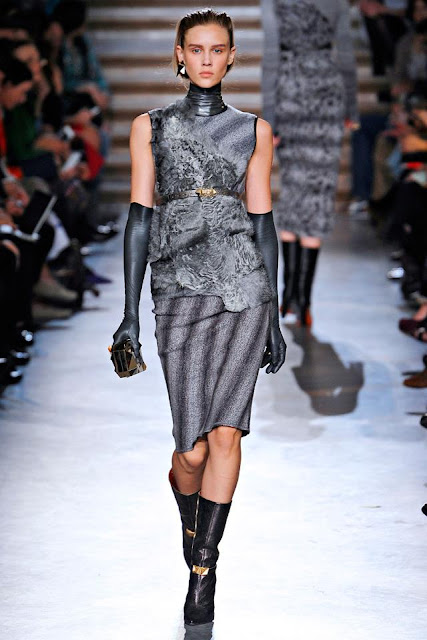 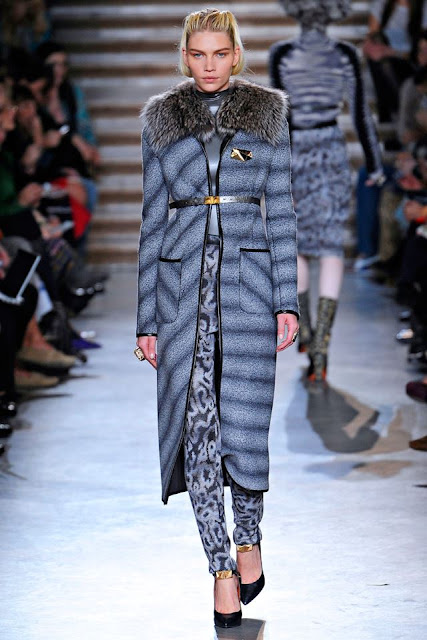 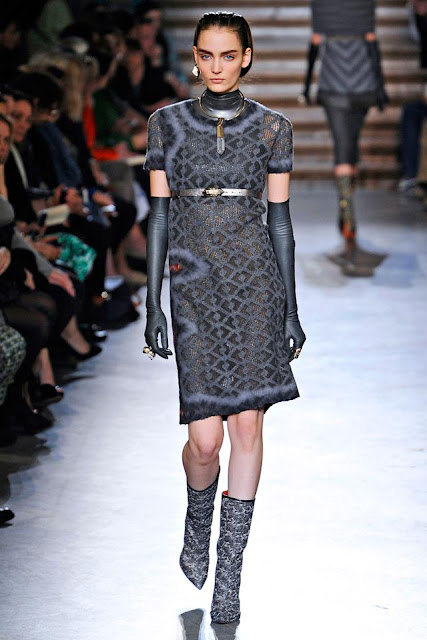 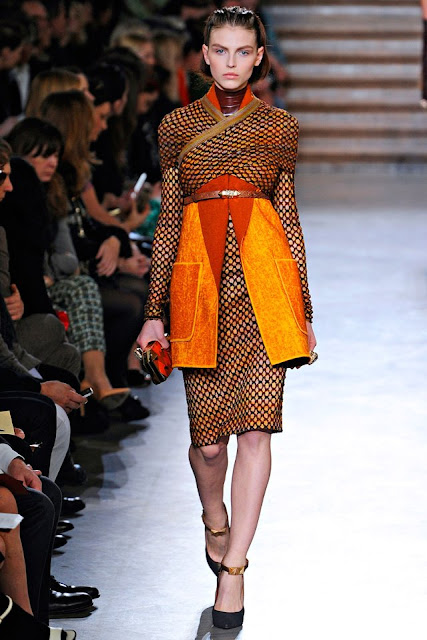 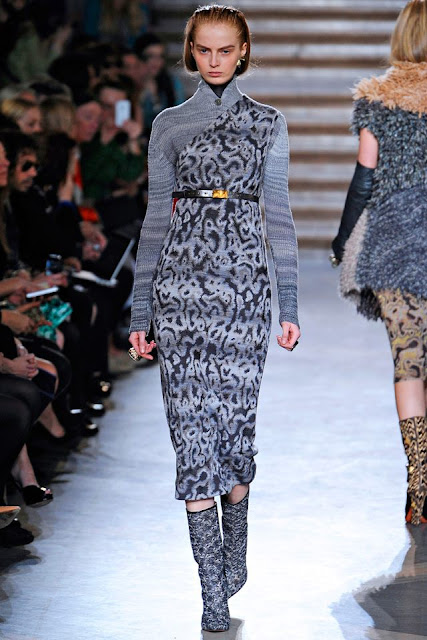 Apologies for stating the obvious, but the weather in Milan has been glorious these last few days. So, although Missoni never could have known that in late February it’d be warm enough to stage the fall show al fresco, it would have been lovely if they had. It would have also suited the theme of the collection quite nicely which, as Angela Missoni explained during a preview, was about “a strong girl with a wild side who wants to fuse herself with nature.”

There is always an independent spirit at the heart of a Missoni collection, and this season the rock in that girl’s roll was more an actual stone as opposed to The Stones. Everything sent down the runway had an earthy thread, quite literally, woven through it: A straight, knee-length skirt was knit in a pattern resembling tree bark, long-sleeved shirts had the color and markings of river rocks, and one fiery orange evening dress had a thick trim of beading that was intended to look like oxidation or as if some glittering, glamorous organism had attached itself to the piece. The accessories took a similar path. Giant quartz pendants on gold collars were there “to protect her and make her part of the universe,” Missoni said, while the cool, tall boots had leather backs and stacked heels that were stamped to look arboreal. (If you were wondering what role the sleeveless, latex mock turtlenecks played, they were there to evoke water.)

What was most appealing was the long, lean silhouette, strongest in the calf-length coats that polished all the roughness. Many had unfinished fur collars (almost like pelts) and embroidery fuzzily fused with the suede. That sewing technique was repeated on body-skimming dresses so that it appeared as if they were being overtaken by some untamed element. In the end it added up to clothes that looked, well, civilized.
Email Post
Labels: Fall 2012 Missoni Missoni Fall 2012 RTW RTW