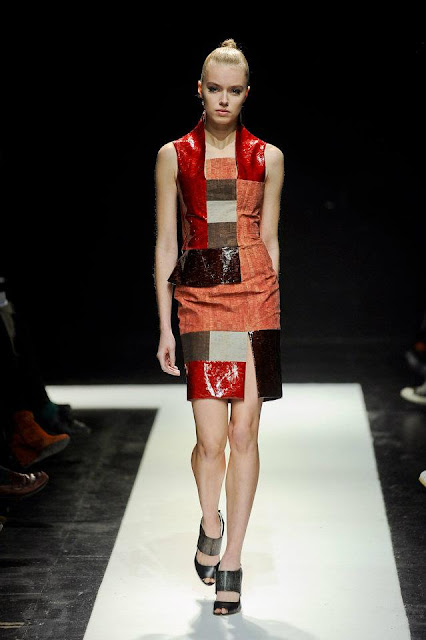 MAXIME SIMOENS, born in Lille in 1984, graduated from the Paris Chambre Syndicale de la Couture in 2006. He then went to work with the likes of Elie Saab, Jean Paul Gaultier and Galliano at Dior before launching his own couture line, the fourth collection of which (spring/summer 2011), made it onto the official couture schedule. 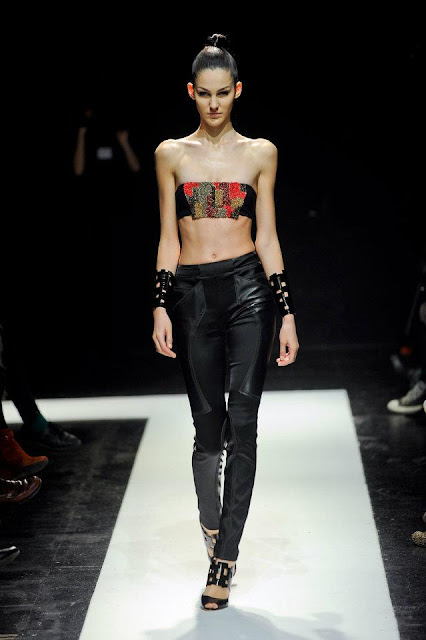 Beth Ditto, who was front row at the designer’s show today, is among his fans - as are Blake Lively and Leighton Meester. Starting in black and grey, Simoens introduced orange and gold, red and white through graphic lines and fluid panels. Square shapes worked to build up dresses, jackets and trousers. 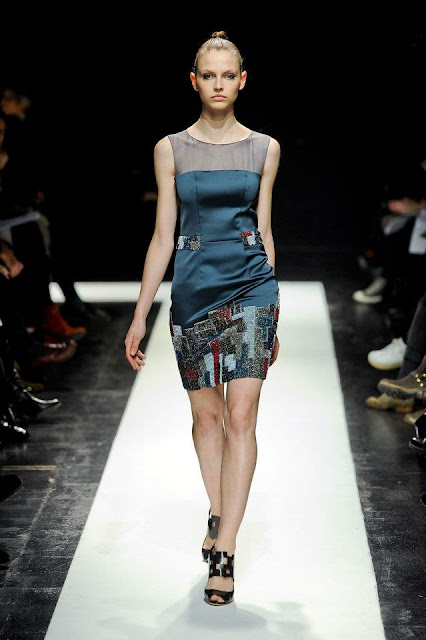 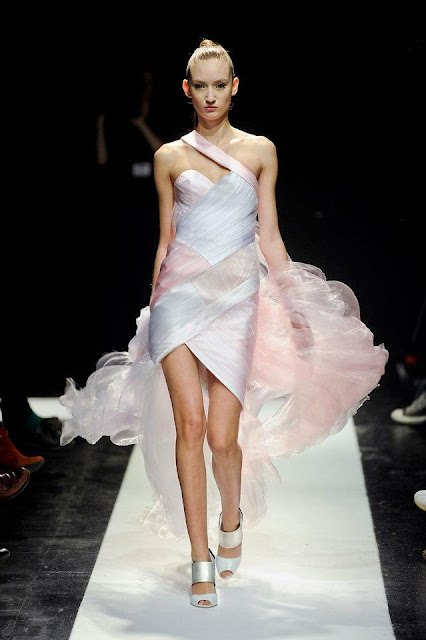 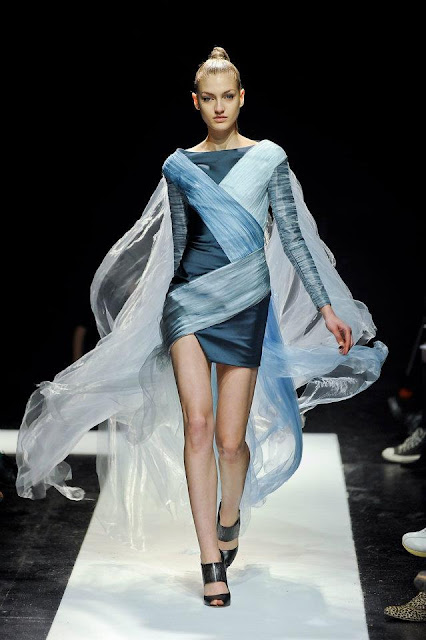 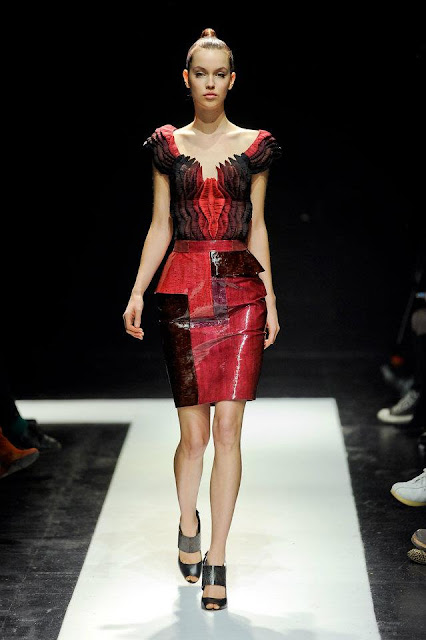 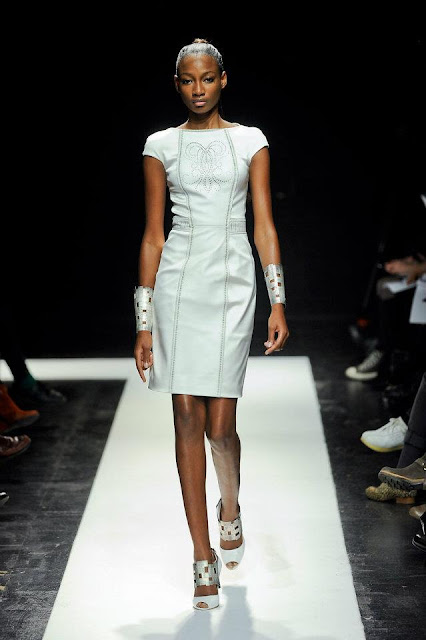 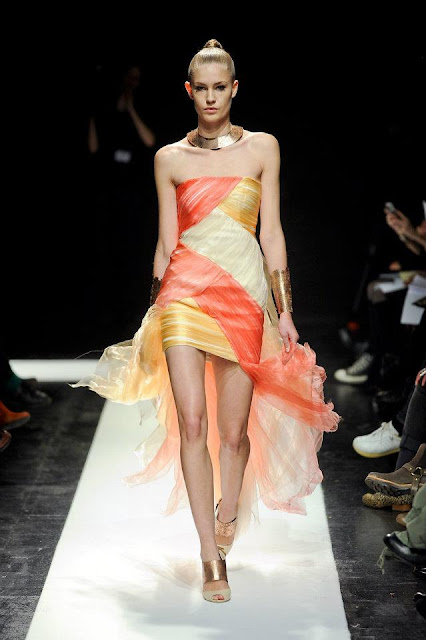 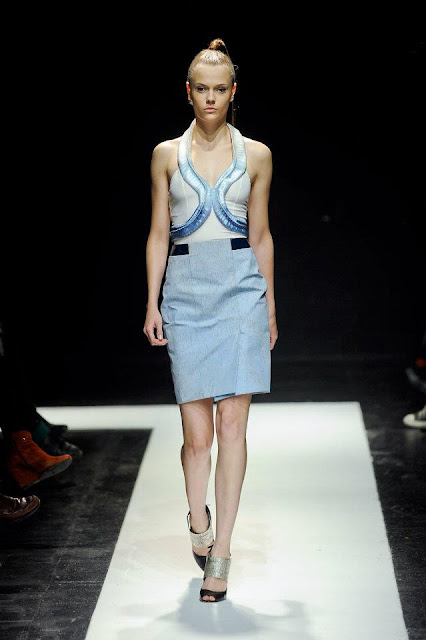 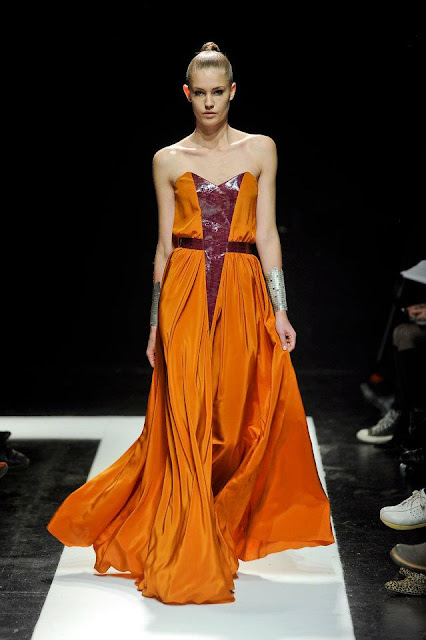 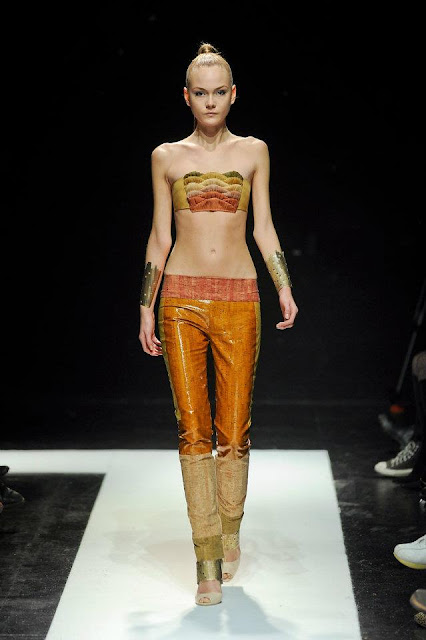