“KARL” by Karl Lagerfeld for Net-a-Porter 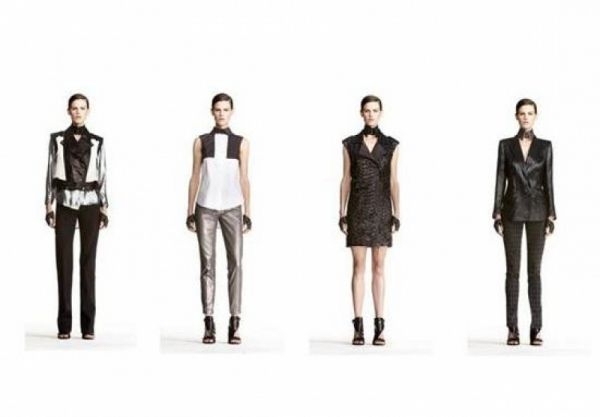 Karl Lagerfeld‘s affordable capsule collection KARL is set to launch globally January 25 with a string of events in Paris, New York, London, Berlin and Sydney.
As part of a collaboration with global online retailer net-a-porter.com, pop-up shops will be unveiled in the five cities, and consumers can shop the line by using the Net-a-Porter KARL app and scanning products via the iPhone or iPad2.
There will also be a special appearance by the designer himself January 25 at Place Saint-Germain-des-Prés in the French capital.

Lagerfeld is set to open a mysterious cube that appeared last week to reveal previously unseen film footage and other surprises.
Customers unable to visit the stores can get involved in the launch celebrations via net-a-porter.com, where the full collection will go on sale and exclusive video footage of Lagerfeld will be available.
Available for only four weeks and with prices beginning at €24, KARL at Net-a-Porter comprises over 70 pieces including dresses, pants, T-shirts, shoes and bags.
In August this year the creator collaborated on a capsule collection with American department store Macy’s.
Lagerfeld’s decision to cater to the masses isn’t recent though; he designed a limited edition line for Swedish high street retailer H&M back in 2004.
Lagerfeld showcased his annual Chanel Metier D’Arts haute couture line at Paris’s Grand Palais Tuesday, December 6.
For details on exact shop locations and opening times visit www.net-a-porter.com.
Email Post
Labels: capsule collection KARL Karl Lagerfeld Karl Lagerfeld Karl Lagerfeld for Net-a-Porter Net a Porter