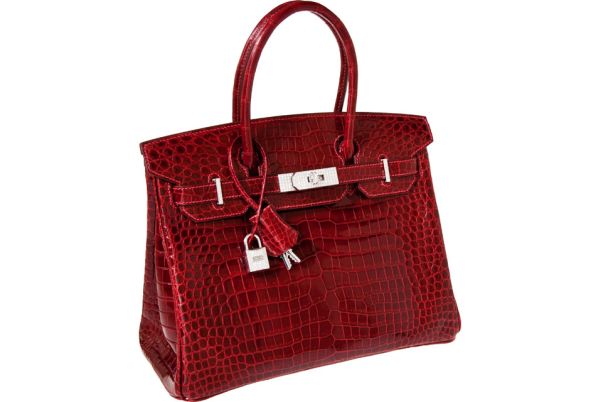 Of all the accessories that we would recommend buying, bags are one of the most sensitive accessories that need attention. For instance, after the Hermes Birkin Handbag which we had announced earlier, you might want to take a look at the Hermes Berkin Handbag which is made of gold and diamond.
It is expected to fetch an astounding amount of 90k, which is a ridiculous amount of money. The bag doesn’t look appealing and lacks the class that one would like to see in bags like that. In fact, it is surprising that Hermes would launch something so bulky and call it a high end bag. Nevertheless, what makes it high end are the diamonds and gold which are attached all over the bag.
The metals and stones do not add to the allure either, and it is one of those bags that you actually would not want to be seen with even if it is rather expensive. Of course, there would be several takers for bags like these and there is no doubt about it.
You might want to take a look at the Victoria Beckham crocodile skin luxury handbag which we had featured sometime back. The Prada limited edition handbag is pretty good too and so is the most expensive clutch which we had written about, do take a look at the luxury handbag accessory and one of the luxury leather handbags which we had featured. So go ahead, and get one of these cool handbags if you would like to walk around in style.
Email Post
Labels: Bags diamond gold handbag handbags hermes hermes birkin handbag luxury victoria beckham