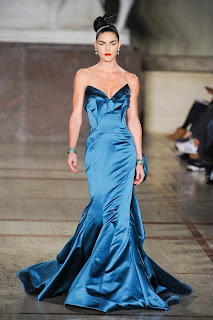 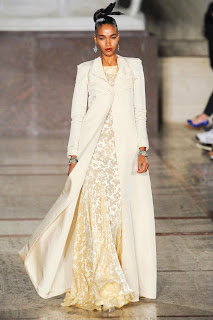 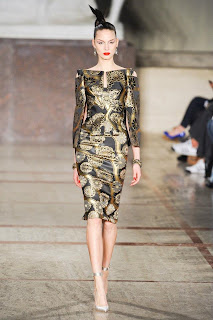 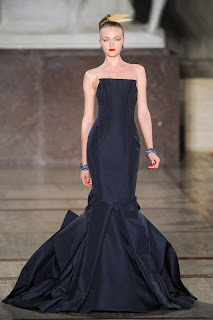 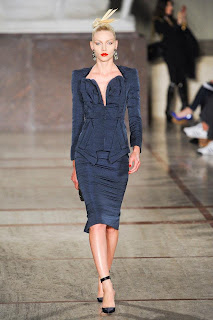 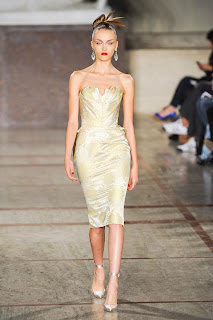 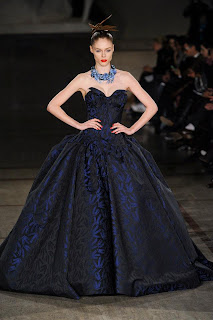 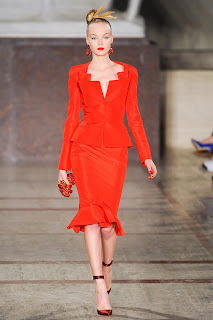 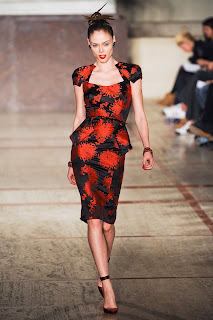 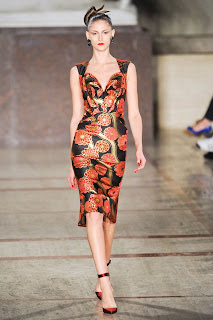 Zac Posen Fall 2012 Ready-to-Wear
Ten years ago to the day, Style.com covered Zac Posen's first big New York show. Our reviewer then said that his dresses "pushed the notion of glamour to the extreme." That's not a bad description of what he did tonight at Lincoln Center's David H. Koch Theater with a new collection of sculpted skirtsuits and gala gowns. Posen has had his fair share of ups and downs in his decade-long career. He's in the midst of another reinvention, one that's found him focusing on what's called "occasion dressing" in the biz. It was fitting that Dita Von Teese—a woman who turns every outfit into an event—was posing for photographers from her perch in the front row.

Posen gave his Fall collection a Japanese theme. There were peony jacquards, Tokyo reds, and Imperial blues on his program. One model carried a bejeweled, pagoda-shaped minaudière. For the most part the craftsmanship was unassailable, but the dressiness of the clothes tended to come off old-fashioned and costumey, especially on the outfits that featured oversize obis in kimono prints. The audience, however, did perk up a few times toward the end: an alabaster jacquard cocktail number and a gold duchesse satin bustier dress with a blossoming skirt had a simplicity that gave them a youthful kick. As for drama, nothing beat a strapless silk faille gown in midnight blue.
By Nicole Phelps via: style.com