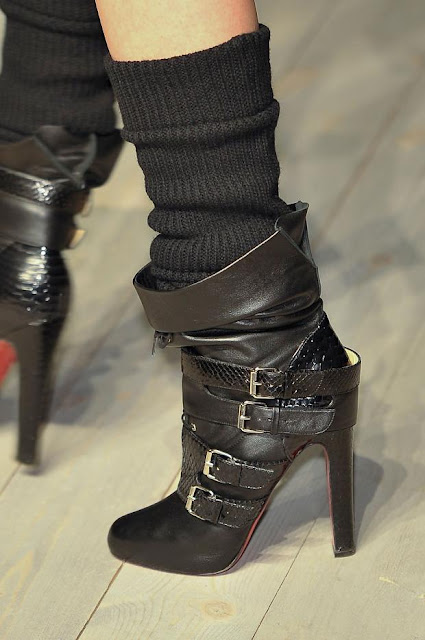 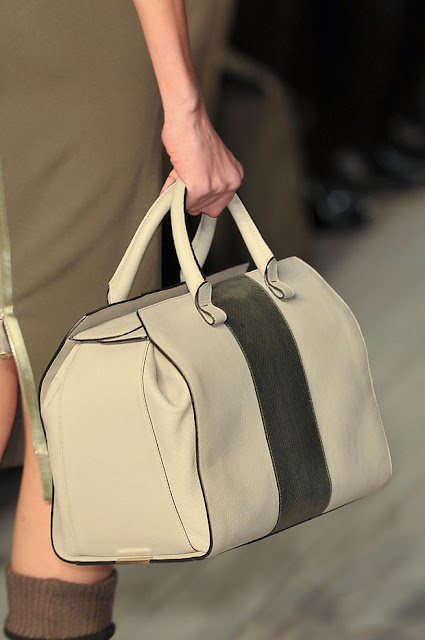 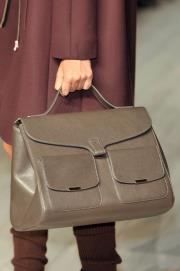 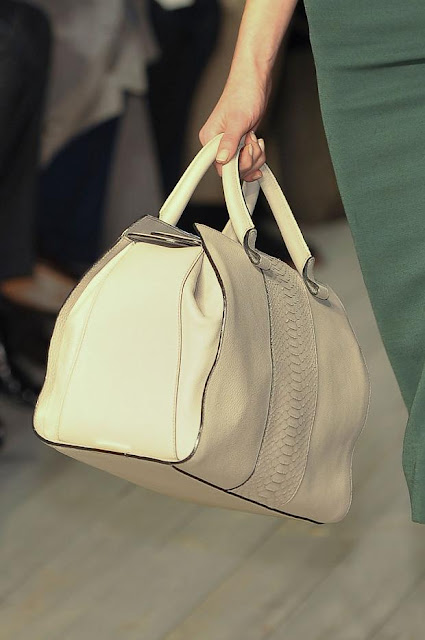 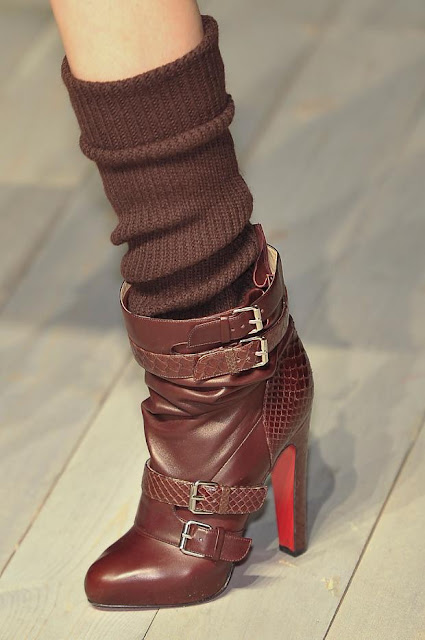 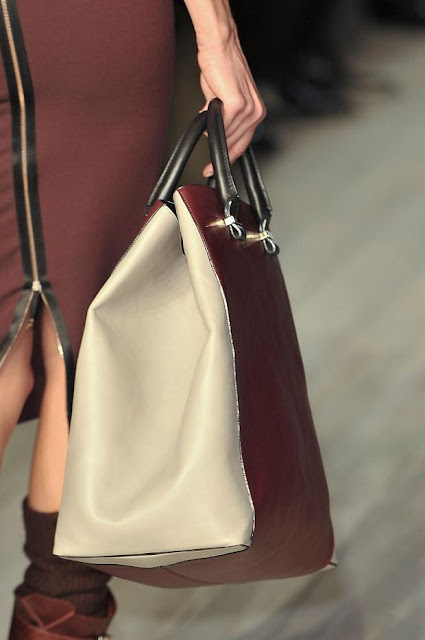 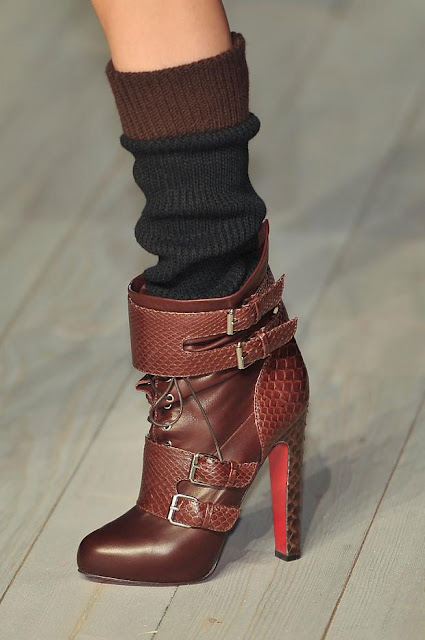 "I'm not pregnant anymore; these are the dresses I want to wear now," said Victoria Beckham after her excellent show today. The former pop star is so petite and in such great form you'd never guess she's had four babies. The models on the runway showed off equally trim mid-sections, but Beckham opted out of using the corsets that were an early hallmark of her label in favor of dense rib jerseys, canvases, and quilting techniques that suck it all in with the same power as old-fashioned boning and lacing.

The silhouette was familiar: long and as lean as you can get. But the collection's look was sportier, with contrast polo collars at the neckline of some dresses and bold stripes encircling the torso of V-neck styles. You can chalk up the new sensibility to her son Romeo's baseball outfits, Beckham explained. Toward the end of the show's 22 looks, a few shorter frocks with flippy cheerleader skirts marched out on flat ankle boots. It'd be a surprise to see the designer stomping around in that footwear, for sure, but the dresses' appealing, everyday ease felt of a piece with Beckham's elegant, sophisticated signature. A great-looking coat in olive green with black python collars and lapels was an argument for more outerwear next time around.

With the Oscars coming up later this month, choosing not to include any long evening dresses seemed like a missed opportunity. One possible explanation? Maybe she's working on something exclusive for Hollywood's big night.
By Nicole Phelps via: style.com