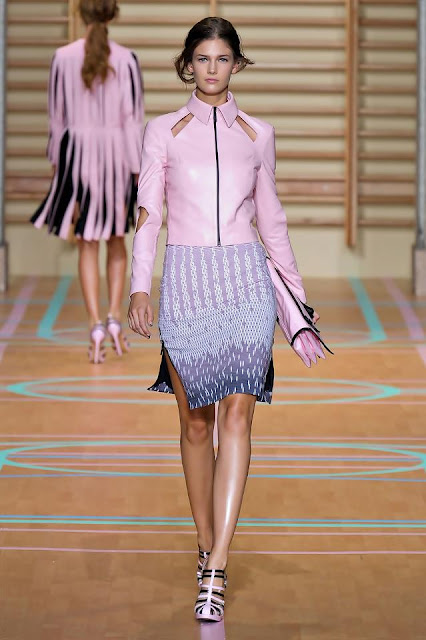 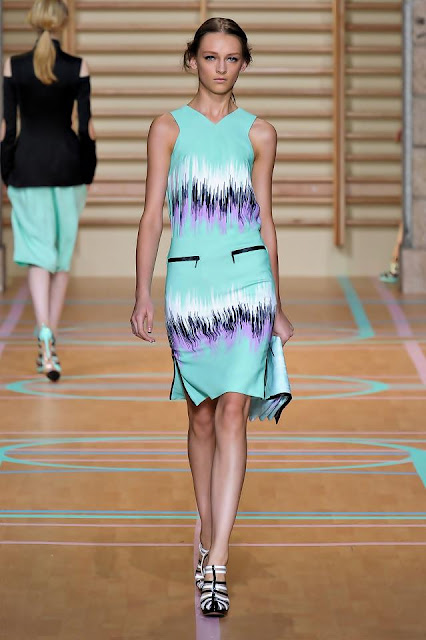 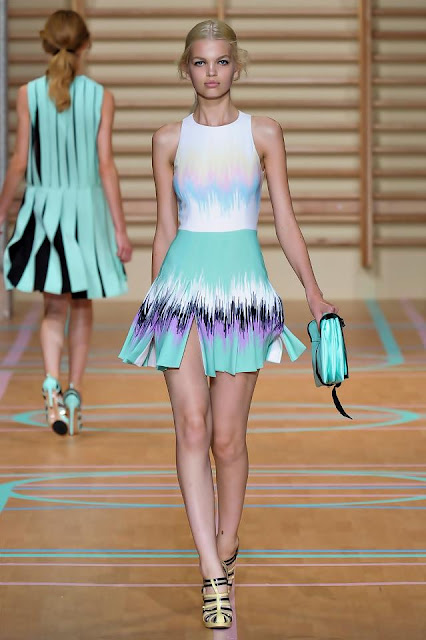 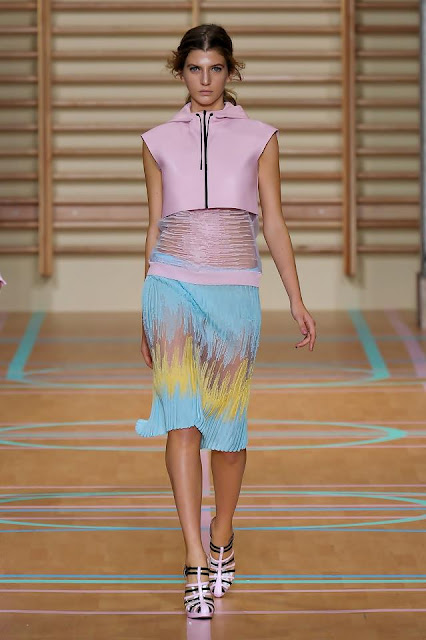 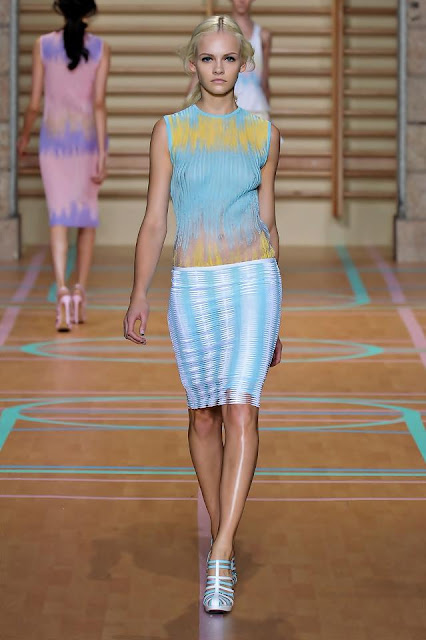 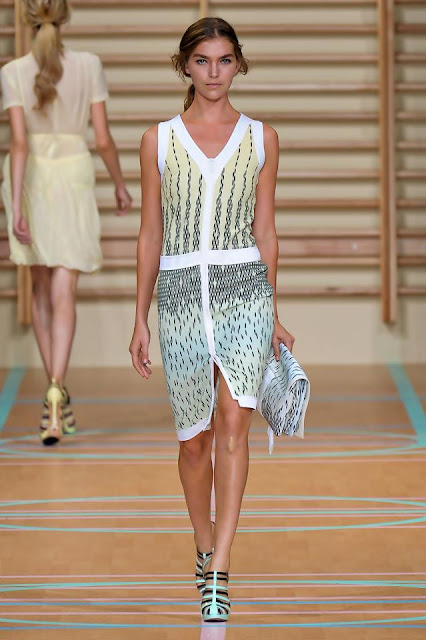 IT’S not every day you find yourself on a basketball court, in Milan, for Fashion Week. But that’s exactly where we found ourselves this evening for the last show of the day – and one eagerly awaited at that: Versus.

“It all started with a basketball theme and then there are the milkshake colours, the zipper details and the sportswear fabrics,” explained Christopher Kane, the Versus secret weapon now for the last five seasons. “It’s a bit about the cheerleader and a flapper,” he continued – referring to the riff on pleated sports skirts that featured throughout and which, with their thick and dropped pleats, masterfully tapped themselves into the Twenties era.

Out from a set of wall bars the models took to the court – it was actually a court, no catwalk really in sight – in super light shades of lilac and aqua and pink. The shapes were simple and functional and entirely in-keeping with his athletic theme.

While basketball might have been the starting point, you could see the shapes of cycling tops and other sportswear - loose jogging bottom styles, vest necklines - coming into play (pun intended), and shorts turning into sassier versions of themselves – the Versus way.

“The colours used with the black and white updates it,” said Kane of the use of graphic lines and seams – just as you might find on any sportswear. A further nod to his sense of physicality came by way of the heart monitor prints that hopped up and down across chests on mini dresses and on skirts – it was a clever and witty print and way to express his theme.

But while he might have a sartorial penchant for basketball, what Christopher Kane, if you were to take part in the Olympics next summer, would be your sport of choice?

“I think I’d be a gymnast. They look lean and healthy and it’s all about the arms. I think I’d be a multi-tasker but really anything that wouldn’t mean breaking my neck,” he elaborated.

But back to basketball. We saw cropped little hoodies and sheer pleated dresses of the shape and style that made him so famous in the first place. In pastel tones, though, the sporty theme was never aggressive and became entirely accessible.

Stepping out with Donatella at the end, the two kept gesturing “after you” – a sign that there is a mutual admiration of the history, the talent and the house between both. “We have a great working relationship. I show her the sketches and luckily she always gets it,” said Kane backstage after the show.
courtesy of : vogue.co.uk