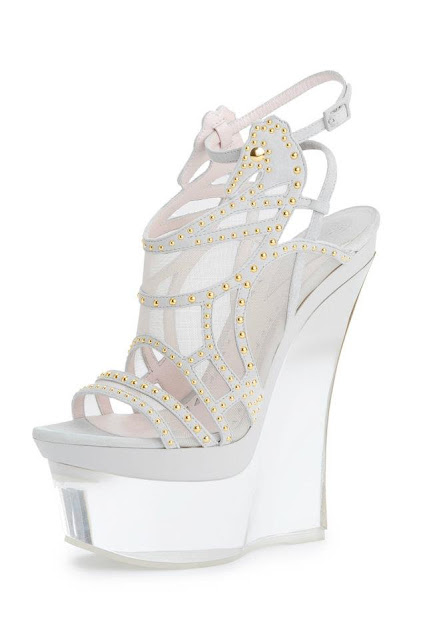 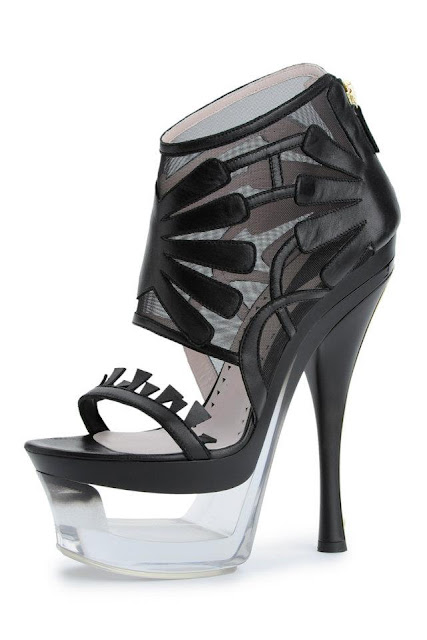 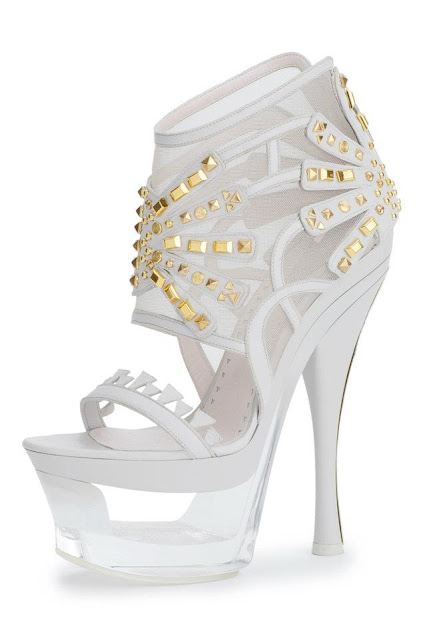 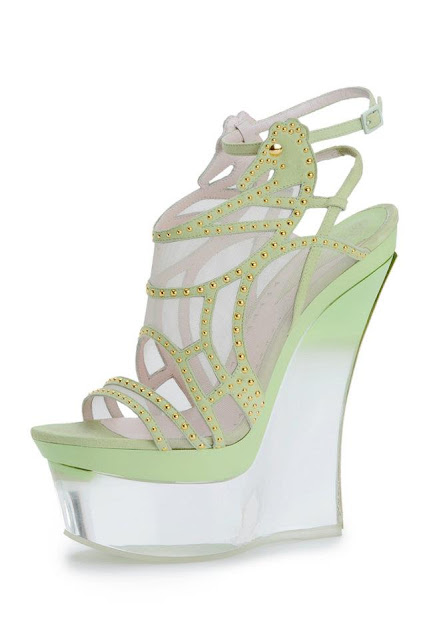 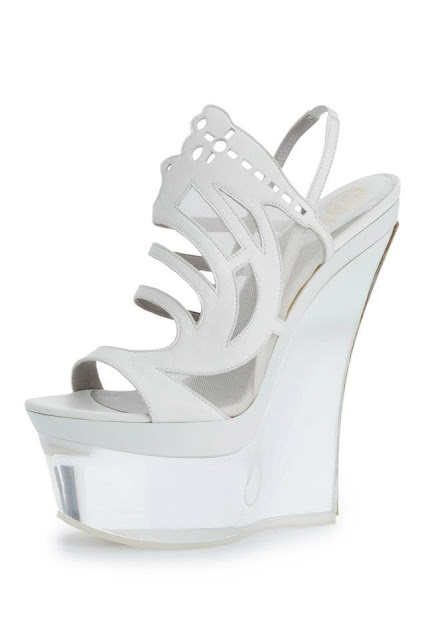 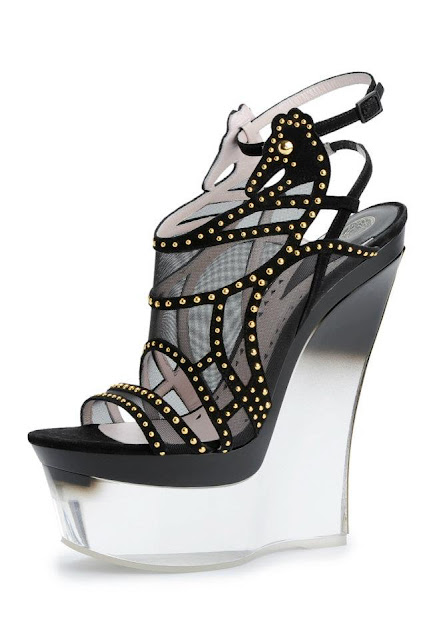 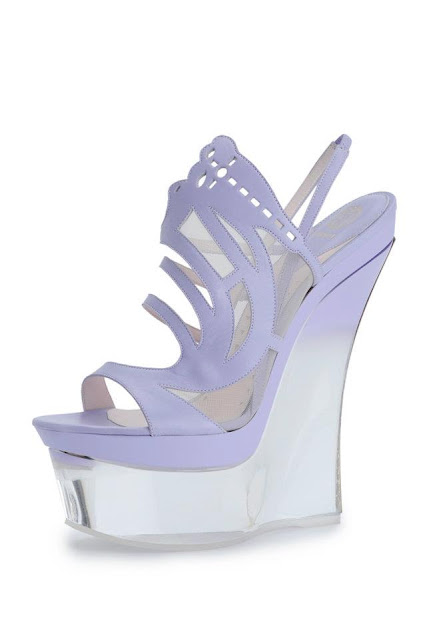 It was a halfway house between the elaborate shows we’re used to seeing from the likes of Dior and Chanel, and the static presentation of Givenchy for Versace’s couture offering this morning – its first outing since 2004. And Diane Kruger and Cameron Diaz were among those who wanted to get a first look.

Karlie Kloss opened the show – which played out down a golden staircase at Beaux Arts. Just 15 looks were presented and all of them eveningwear, beginning in sea grey colors and taking shape in classic Versace silhouettes – corseted, fitted and with all the girls made to look as long and beautiful and elongated as possible. Transparent dresses showed off big Fifties knickers beneath - “They were like couture pants,” said Vogue editor Alexandra Shulman after the show – and shades of acid yellow and bright orange and vivid green later cut into a few of the mini evening dresses via paillette sequins.

Shoes had leather tongues that climbed up the foot and the girls’ hair was all scraped back into austere ponytails. And where we’re used to seeing Donatella’s sun-kissed and bronzed beauties on the catwalk, here the girls were all very pale – but with smoky eyes to show off their sultry sensibility.
by: Jessica Bumpus via: vogue