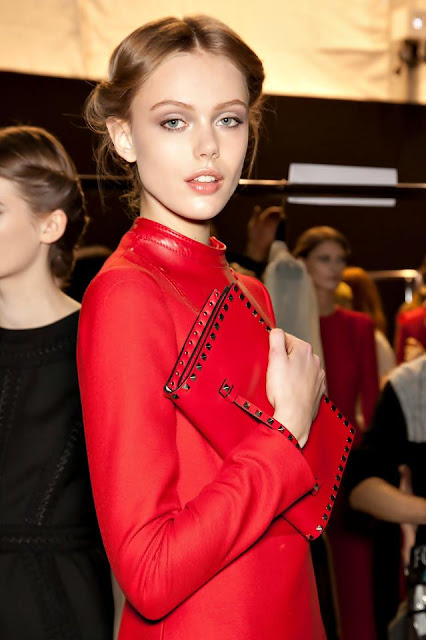 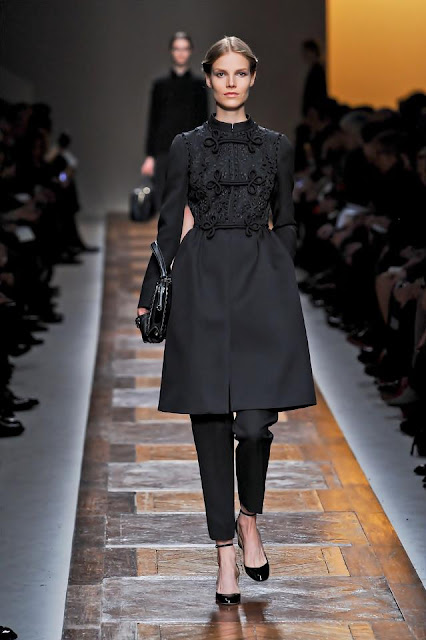 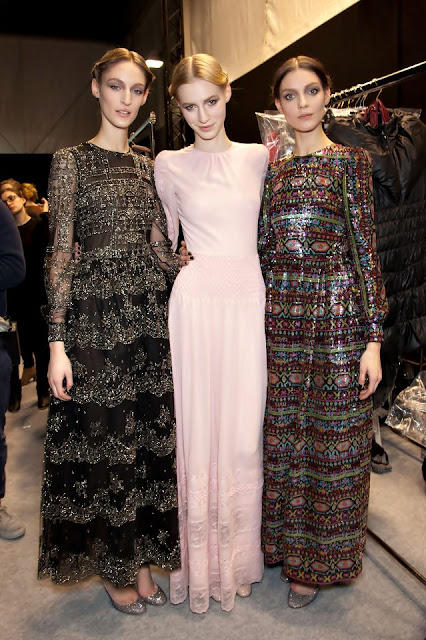 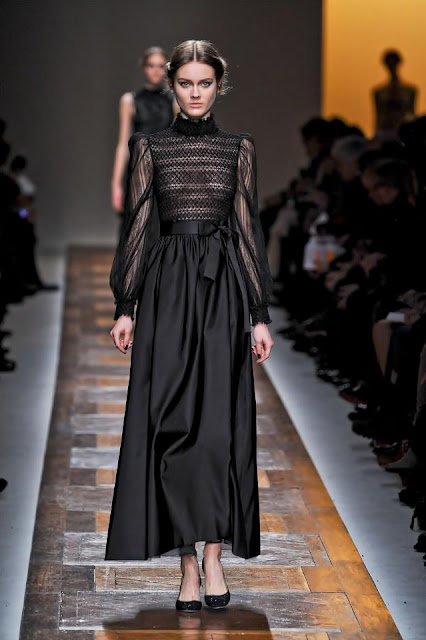 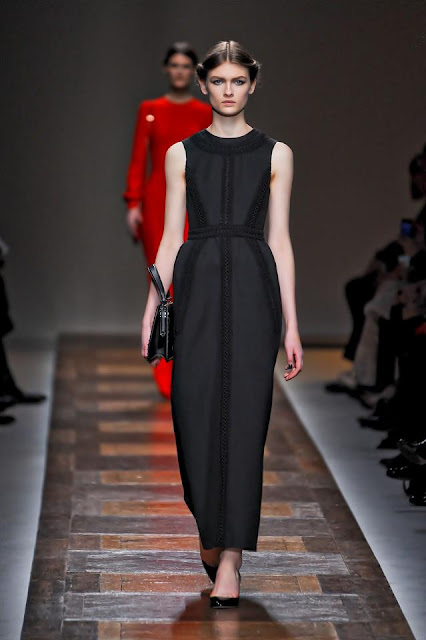 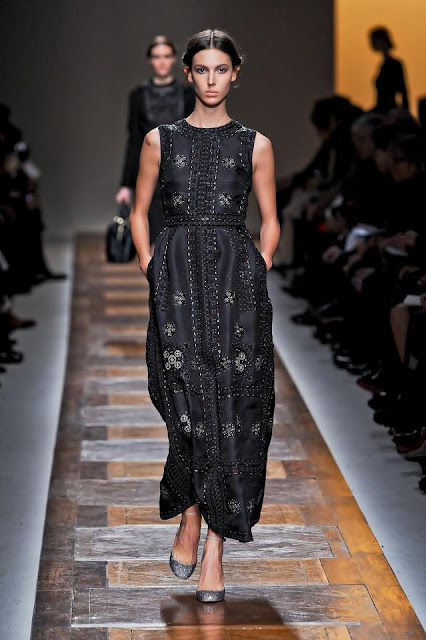 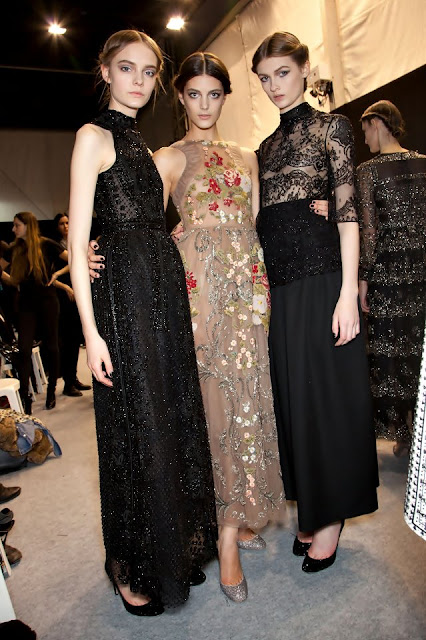 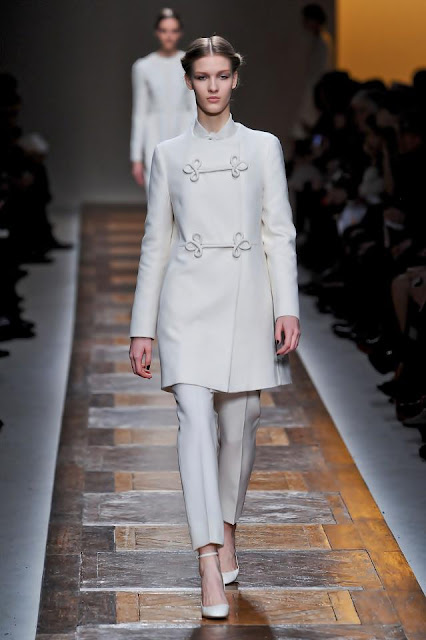 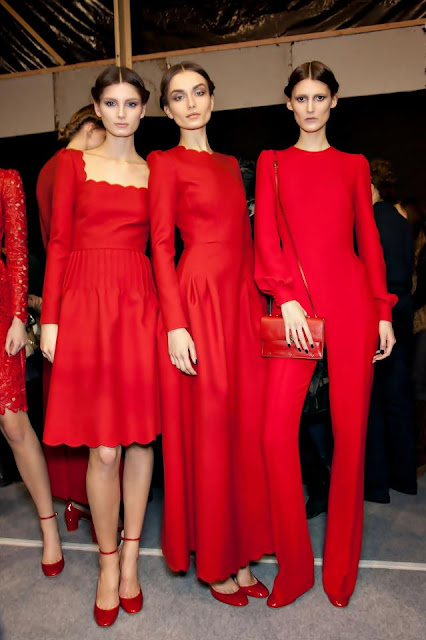 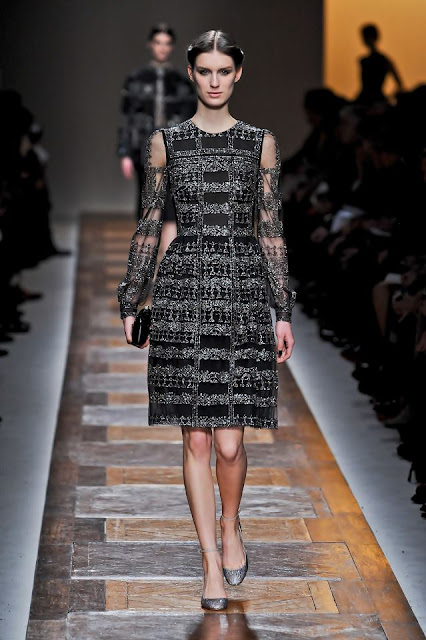 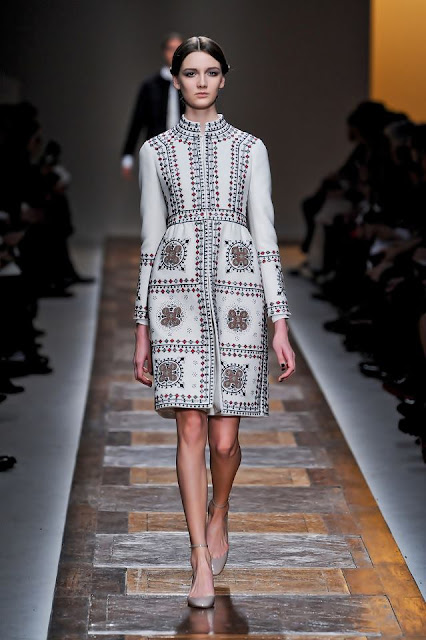 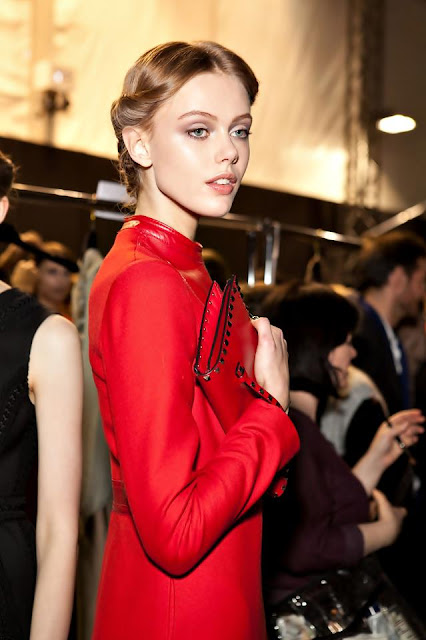 It’s becoming hard to keep count of how many shows have been opening this season with designers’ black thoughts. Yes, black is back, but its possibilities are being recast in many differently textured ways—and hardly any of it looks goth, sharply minimalist, aggressively dominatrix-like, or ominously apocalyptic. And even when it involves leather as it does (quelle surprise!) at Valentino, there’s the potential for something chic and young to come out of it. It’s another step in the modernization of the label Pier Paolo Piccioli and Maria Grazia Chiuri are finessing; that fine balance between carrying a heritage and running with an instinct for where fashion is heading now.

Still, black leather at Valentino? The cape, culottes, and white shirt, an all-leather jumpsuit, and a long, narrow black trench coat might have jolted anyone who’s mentally consigned Valentino as the home of old-world fragile femininity, but you need to look closer to sense what the designers are really up to here. The delicacy is in the super-fine napa leather (which is as pliable as fabric) and in the seams, which are joined together not by any old sewing machine, but by means of silk-macramé handwork. The result? An idea that pushes Valentino’s new fan base slightly out of her comfort zone—but in a good way.

The overall concept for fall, according to the designers, was “folk, but in a modern, faceted way.” A pitfall would have been an overload of hippie-traveler souvenir references, but they stepped clear of that by trimming carpet-patterned maxi-coats into lean shapes, scattering gypsy rosebuds in a minimal way on a raised-waist pinafore, and by using smocking details merely to emphasize a shoulder in a creamy, long-sleeved dress.

The main point is that the Piccioli and Chiuri now have a true sense of direction. Between them, they’ve been looking for a more natural, less prescriptive kind of beauty, someone—not necessarily an ingenue—who doesn’t like to totter into a room on skyscraper heels, coiffed, and done up to the eyeballs. There’s still a gentle romance in what these designers do, and most certainly a breathtaking wow factor in the silvery embroideries on filigree lace for evening. But the Valentino woman is now one who can walk into a party on her medium-height, block-heeled “tango shoes” and feel perfectly possessed and at ease with herself.
by : by Sarah Mower via: vogue