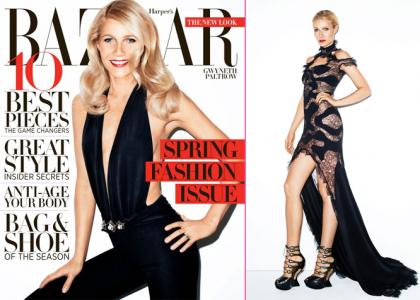 Bringing her beauty to the forefront, Gwyneth Paltrow covers the March 2012 issue of Harper's Bazaar. 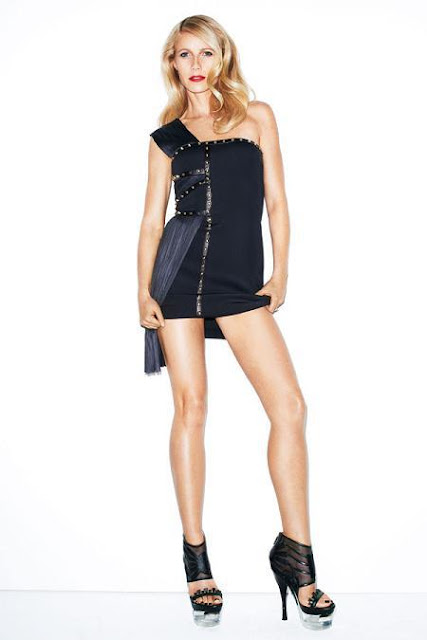 The black-outfit clad Oscar-winning actress worked her magic for the Terry Richardson shot spread while speaking with the magazine about topics including good pal Beyonce and living in the UK. 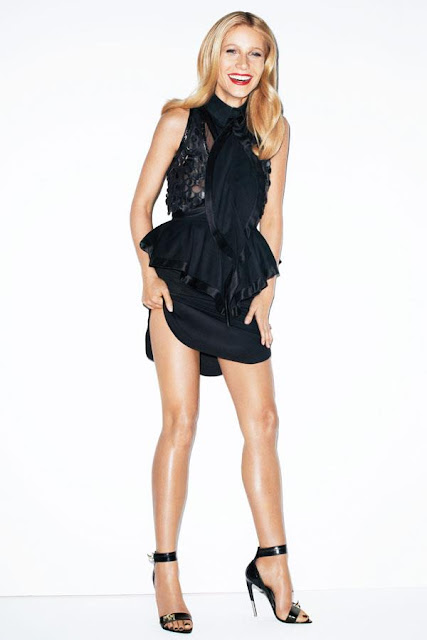 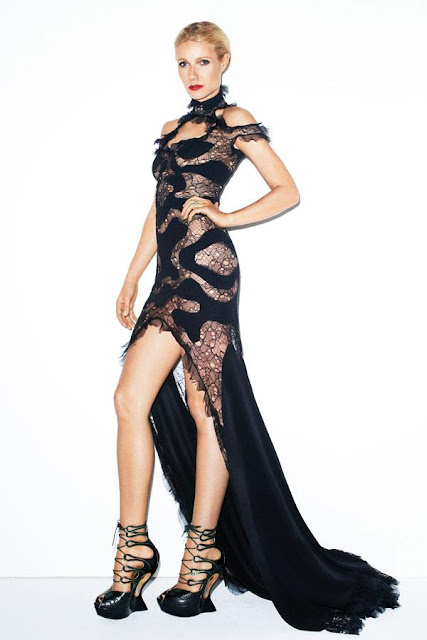 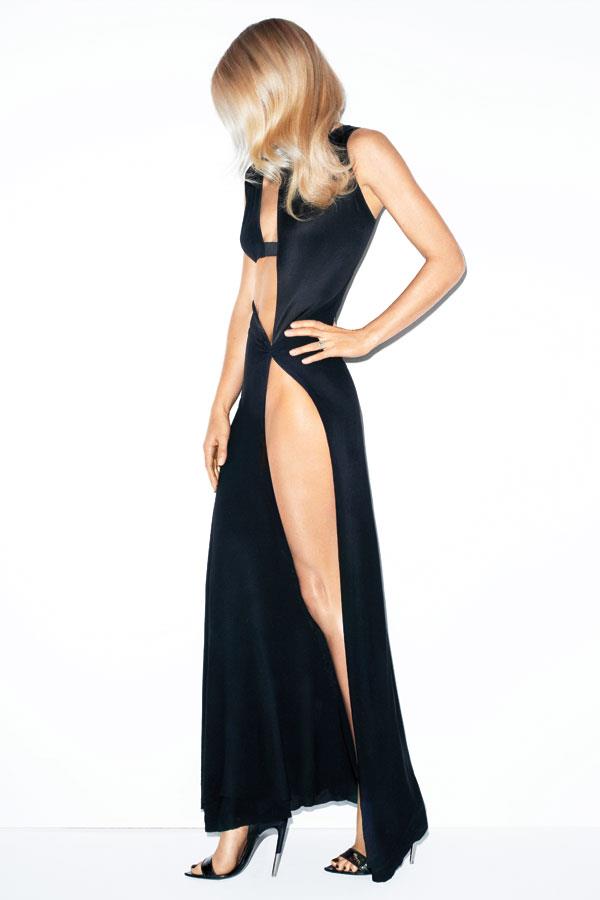 Highlights from Miss Paltrow's interview are as follows. For more, be sure to visit Harper's Bazaar!
On Beyonce:
“Beyonce is the most talented human being on the planet. She has so much mastery over what she does. It’s not even confidence – it’s on a whole other level. It’s mind-blowing. I watched her (perform) a lot to see how she did it, and I was like ‘Shit! I can’t do that!’”
On living in the UK:
“In England, people are cool. They’re really laid back and calm. Beyonce did the school run with me once, and everyone was fine. They also have really good anti-paparazzi rules. If you’re driving in a car and they make you feel freaked out, that’s against the law. They can’t put you in a magazine unless they pixelate the kids’ faces. I miss America, but I love living in the UK.”