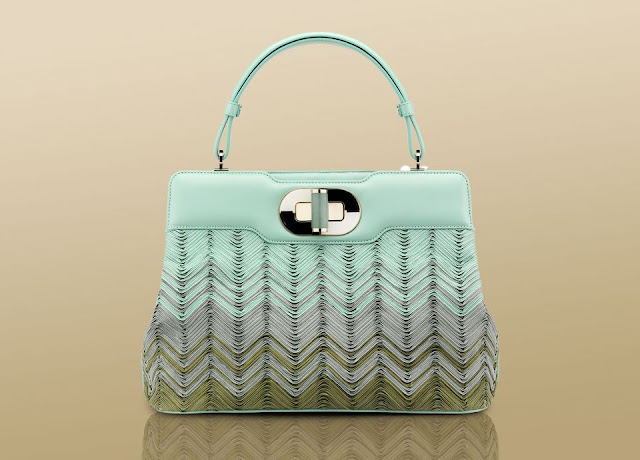 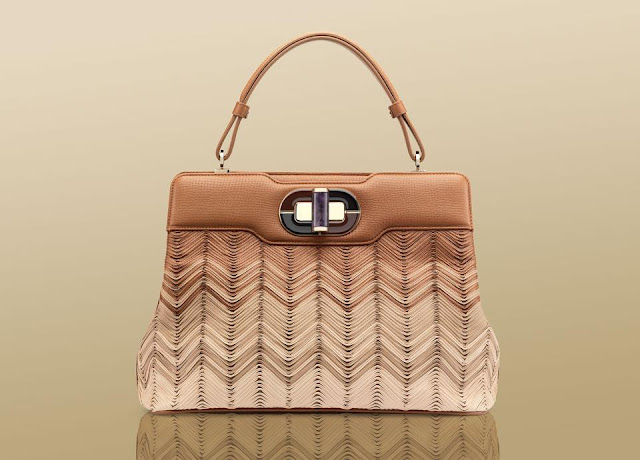 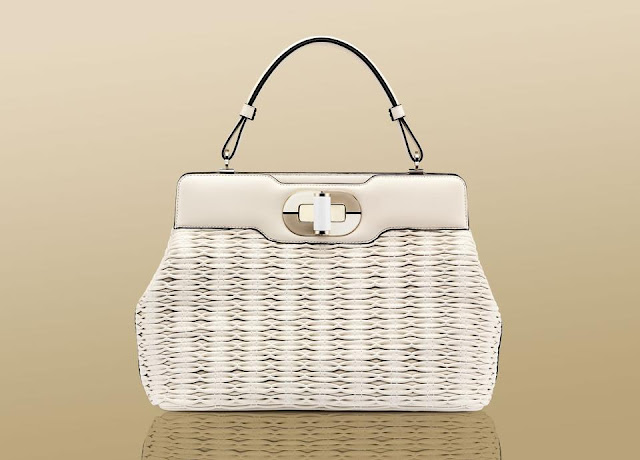 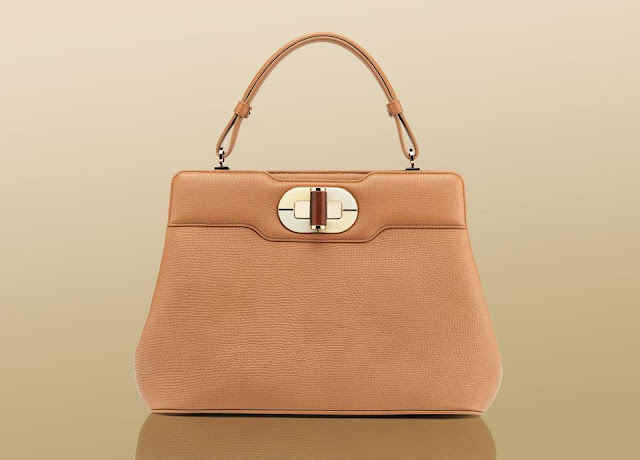 The perfect way to end a week of gorgeous Haute Couture shows in Paris? Why, with a handbag launch, natch. Bulgari has its sights set on a serious revamp of its leathergoods offerings, having already tapped Matthew Williamson to design a collection debuting this fall. For Wednesday night, however, the Roman jeweler unveiled the handbag designed by style icon Isabella Rossellini that arrives in stores this month. And what a stunner it is.


The rectangular tote comes in four materials, including pony skin and carved patent leather, each featuring a different Art Deco-inspired enamel clasp with a twist lock made from semi-precious stones such as amethyst or tiger eye. The half-circles of color whose rhythms intersect on the enameled surfaces and the oval form of the whole recall the earliest Parentesi creations and other Bulgari jewels, while also borrowing the graphic attitude of certain vintage bracelets particularly dear to Rossellini.

“I wanted to combine simplicity, practicality, from my Swedish side, with the warmth and the elegance of Italy–and humor, that’s my personal touch,” said Rossellini, referring to the playful snail print on the inner lining–an ode to her recent efforts to support the ecological cause by making short educational films about the reproductive habits of the animal world.

“We chose the snail, just because my bag is a little bit like my home.”
The Rossellini bag is available in several variations of material and color, each describing a different facet of Isabella herself. The first is black patent leather with plain flaps treated with a pearl effect, creating a futurist background complementing the central twist lock in black and white enamel made with aventurine.

Nonchalance and simplicity are the distinctive traits of the model in brown mud chevron canvas and chocolate leather, graced by a closure in two gradations of gray enamel and tiger’s eye, a stone that symbolizes harmony.

The version in walnut pony calf leather with flaps in chocolate leather is a tribute to Rossellini’s elegance, evident by the amethyst of the twist lock, which sparkles at the center in black and brick red enamel with purple lining. The last model reflects a modern spirit in the choice of multicolored ponyskin whose black and white graphic effect captures the mood and tones of a metropolis and combines with a sober chocolate for the leather flaps and the gloss of the aventurine and black and white enamel that decorate the closure. 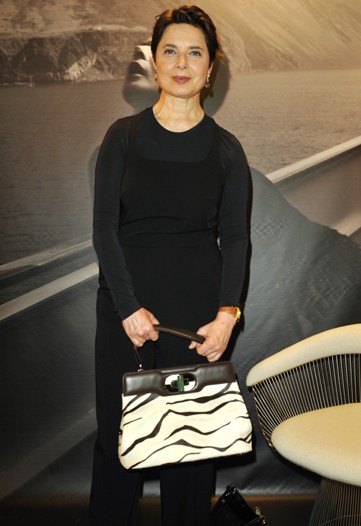 Rossellini’s relationship with the house dates back to the 1960s when, as a small girl, she often accompanied her mother, Ingrid, to the Bulgari shop on Via Condotti. In 2009, as part of the celebration of the company’s 125th anniversary, Isabella supported the partnership between Bulgari and Save the Children, lending her face, along with many other celebrities, to Fabrizio Ferri’s photo shoot featuring the silver ring created by Bulgari to raise funds for the humanitarian project “Rewrite the Future.”
The handbags are offered at four price points: $1,700, $2,300, $2,500 and $2,600.
via: bulgari.com