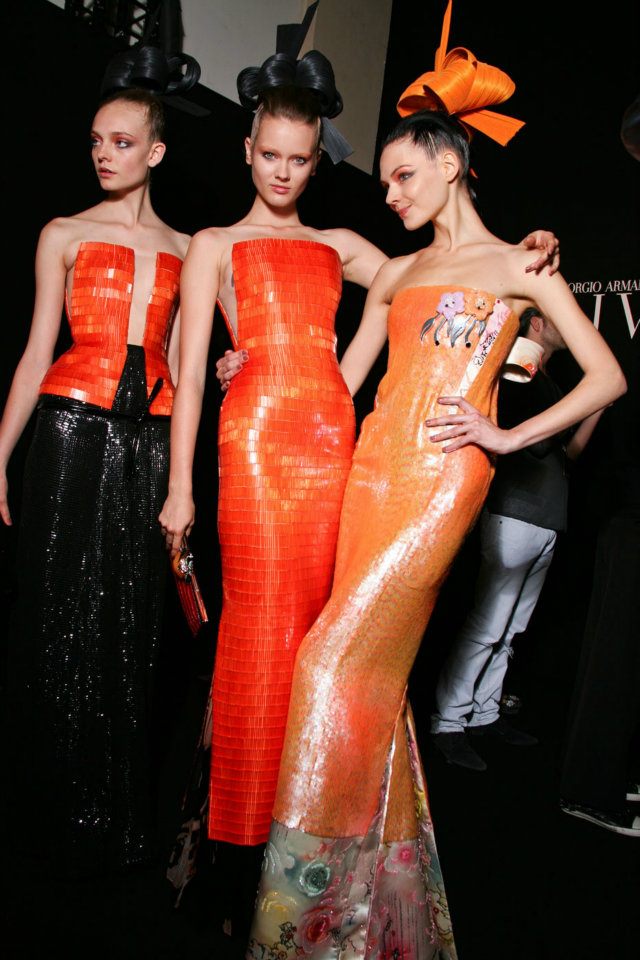 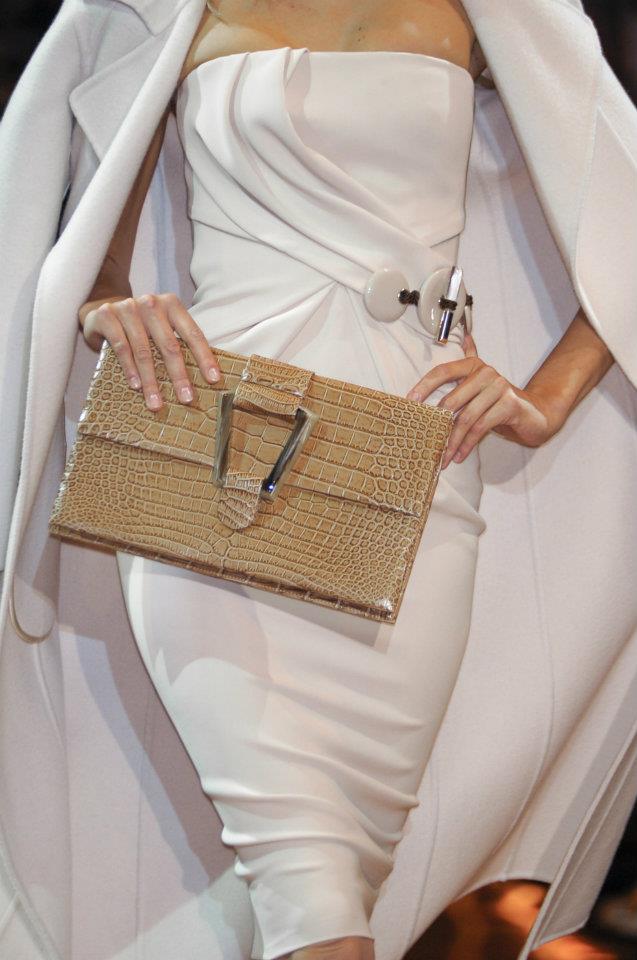 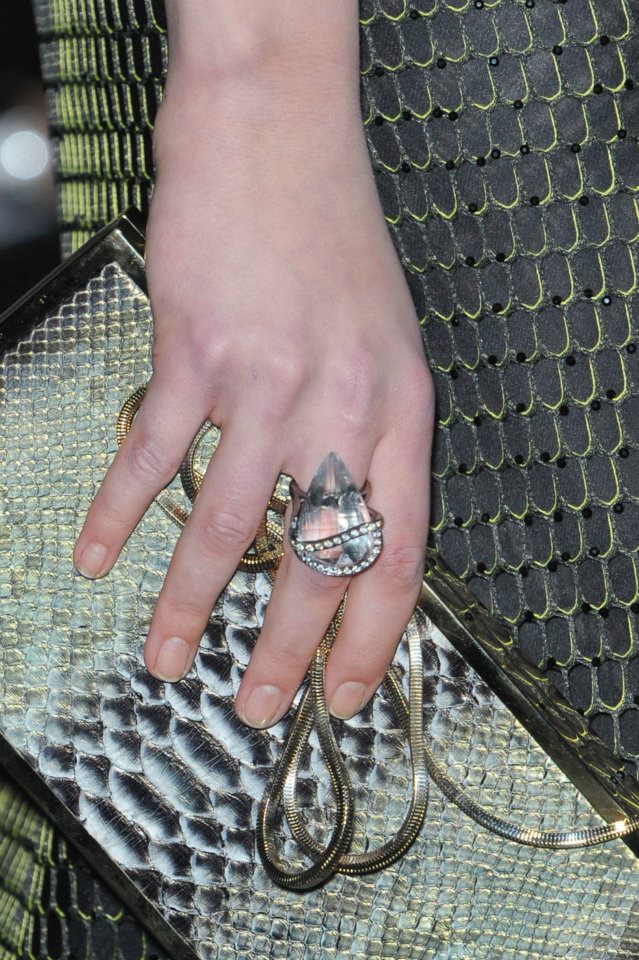 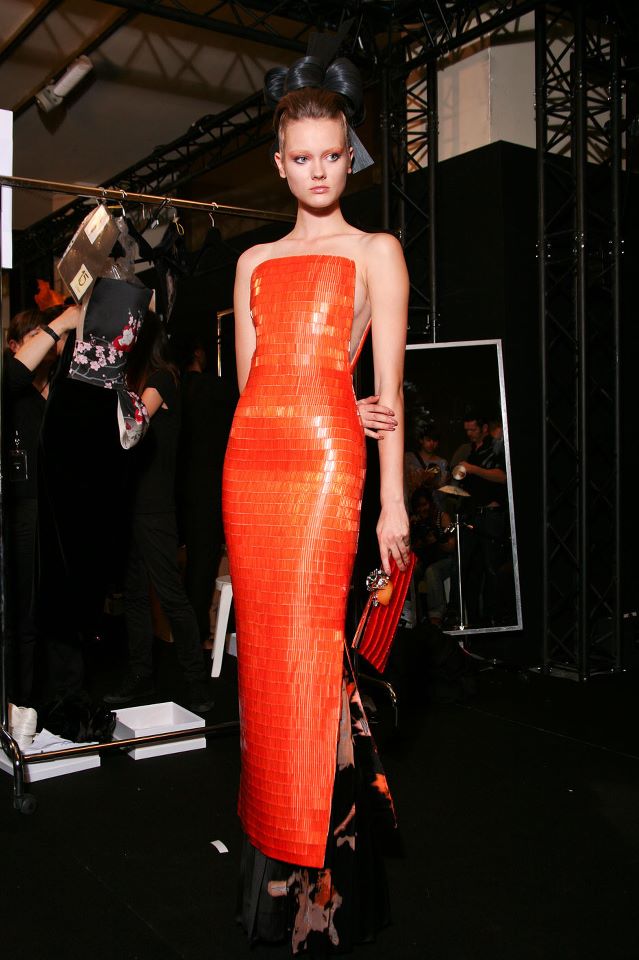 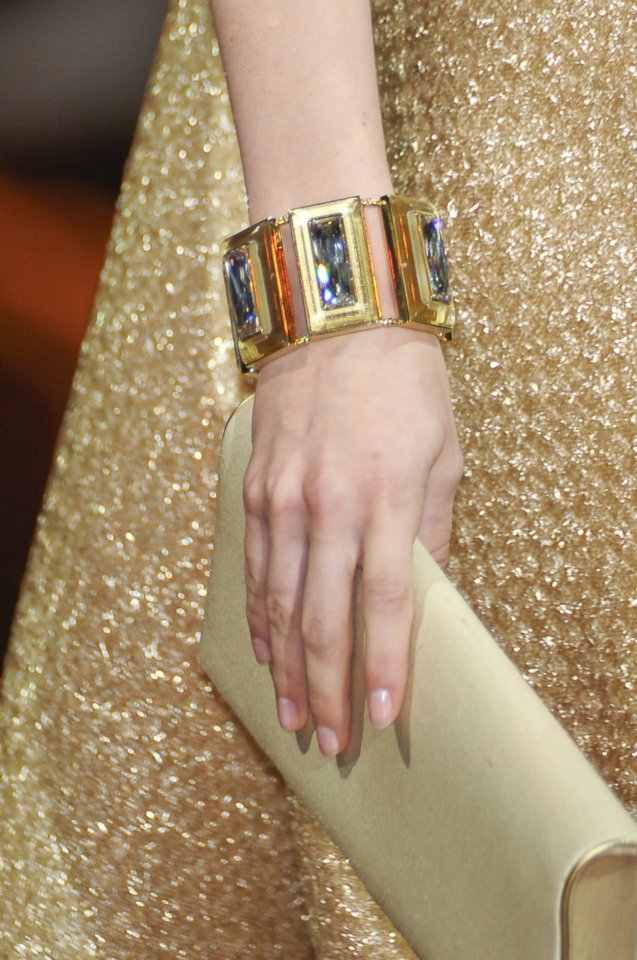 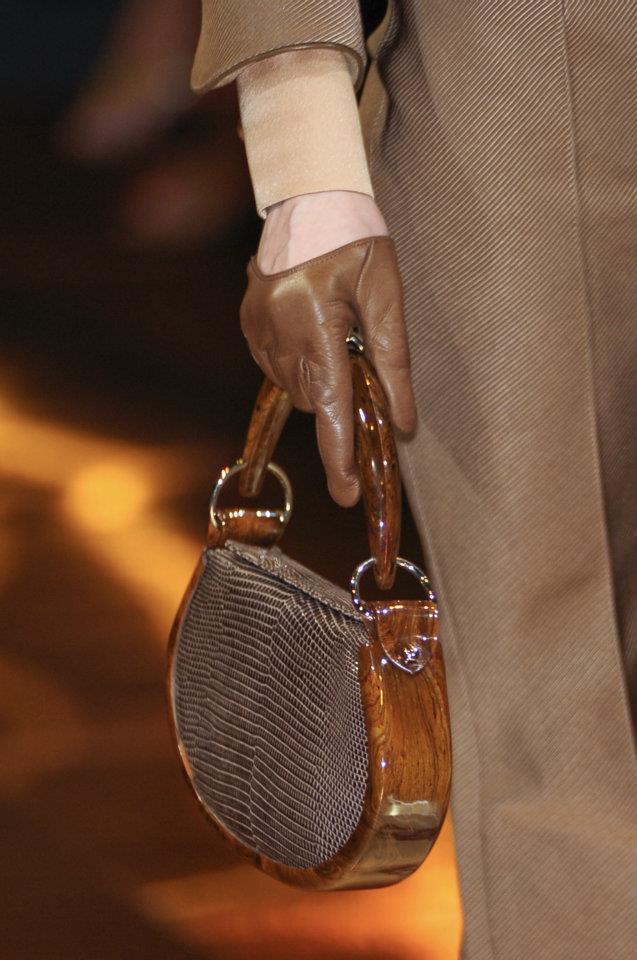 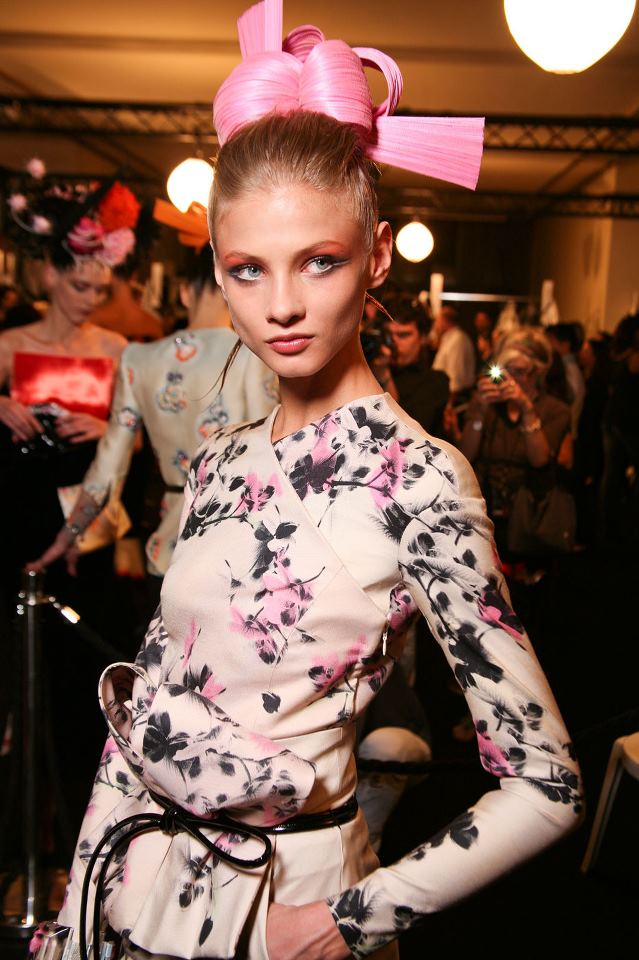 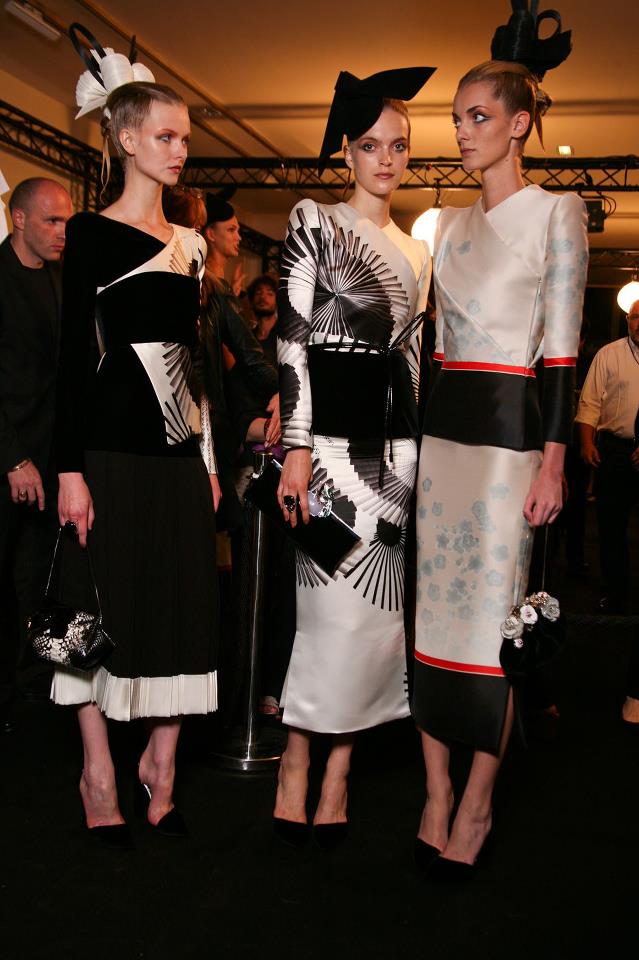 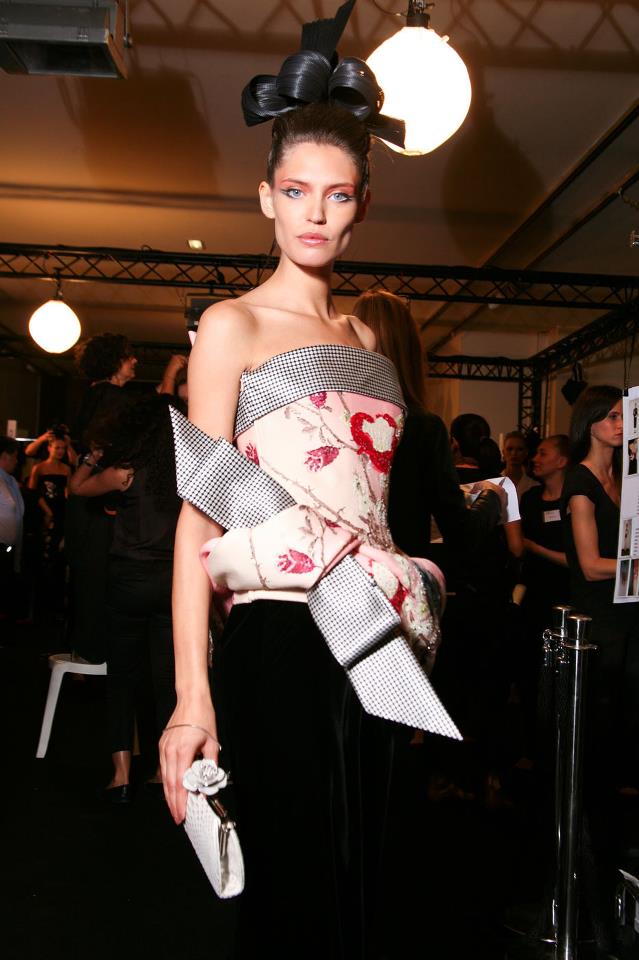 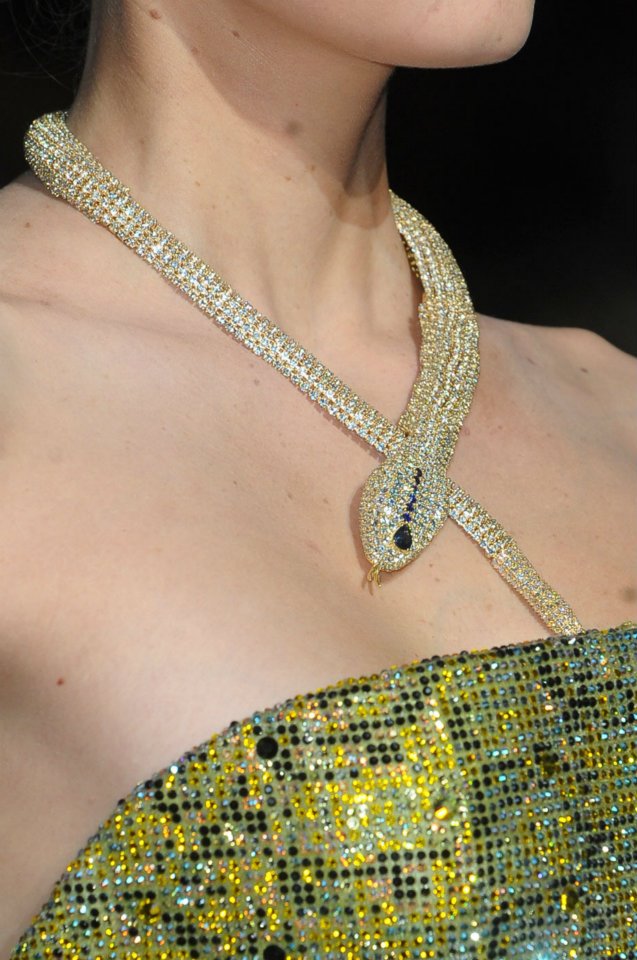 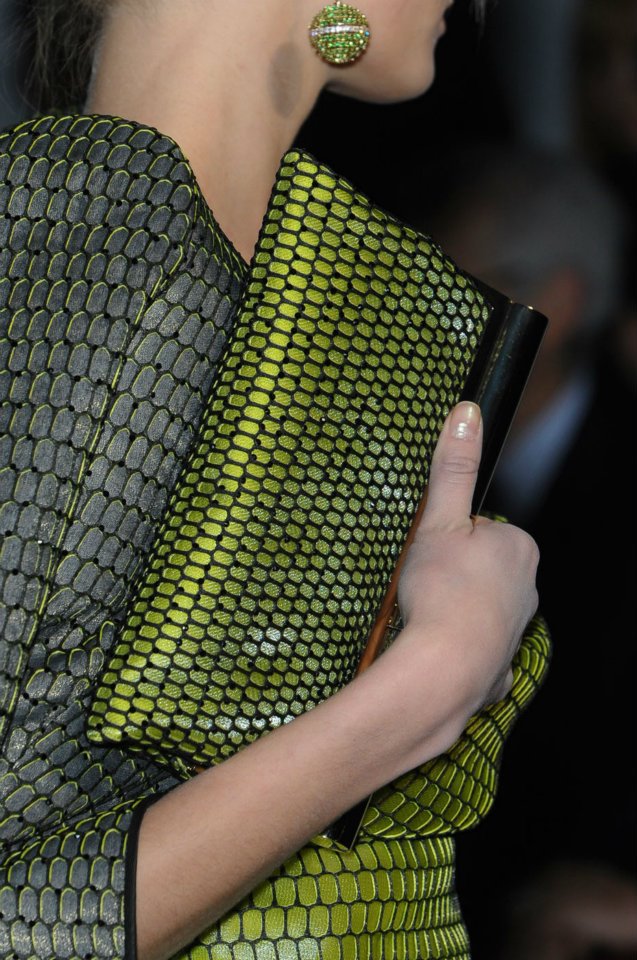 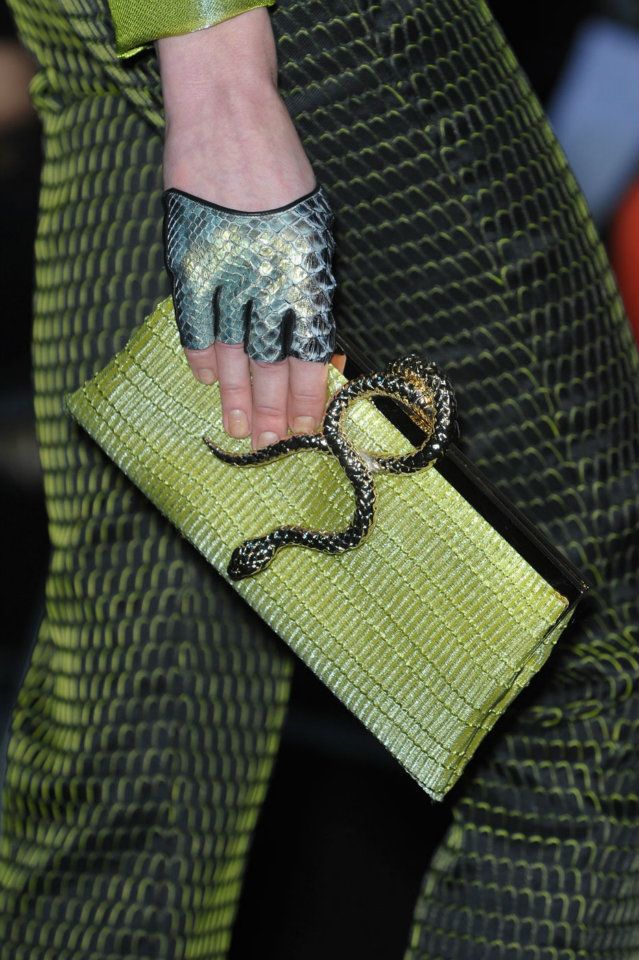 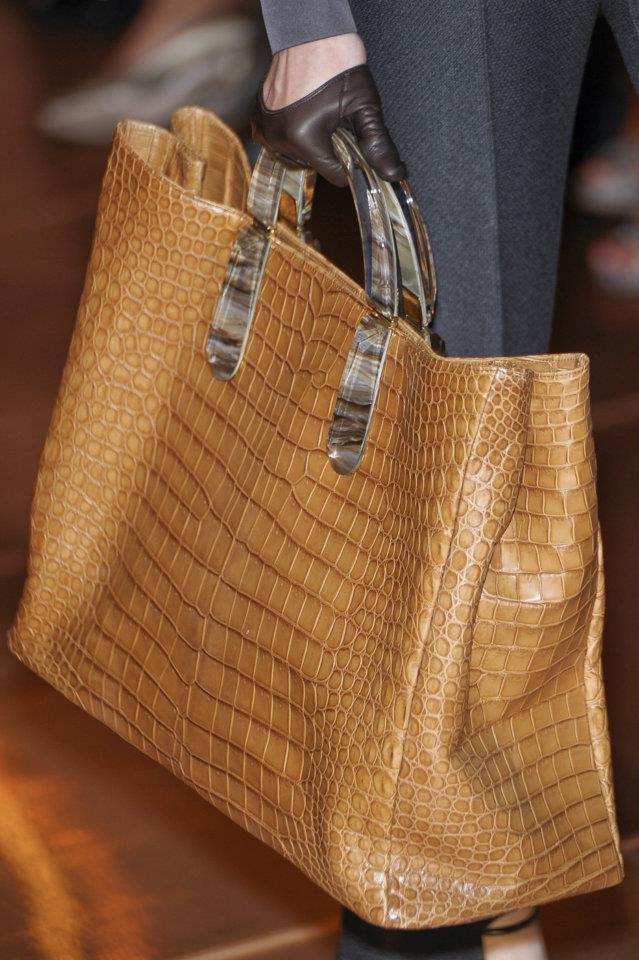 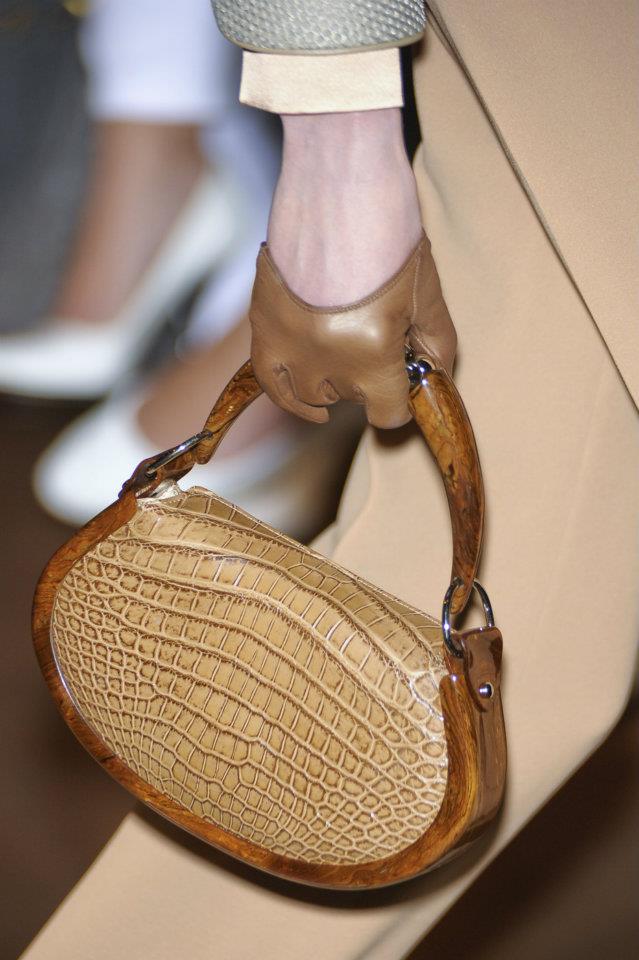 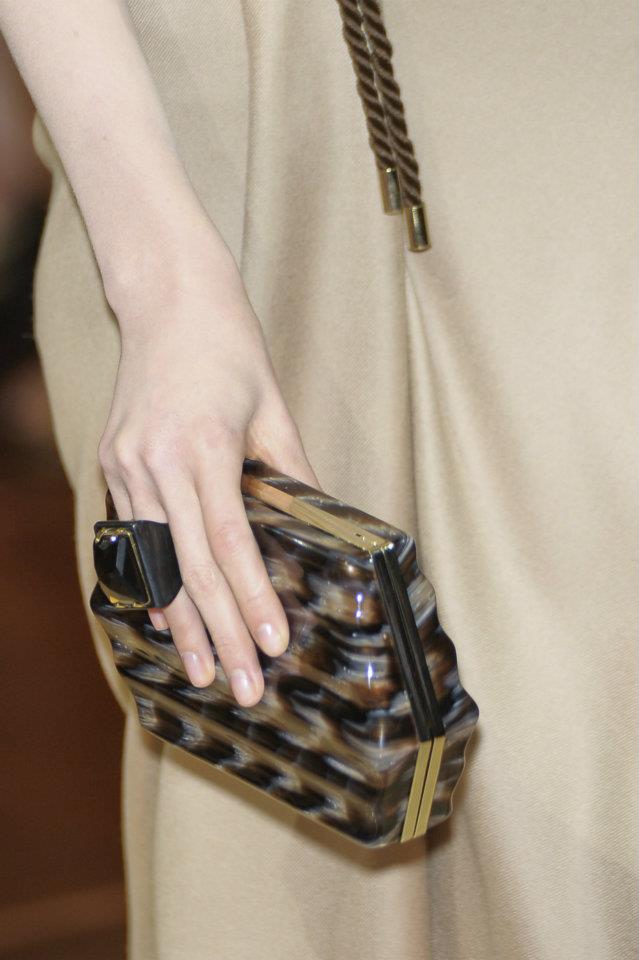 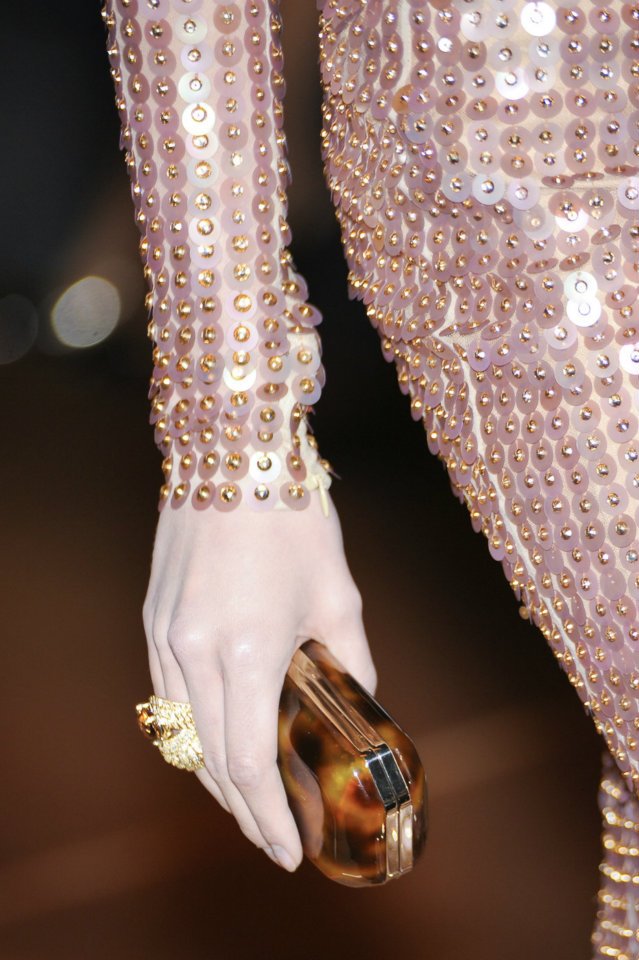 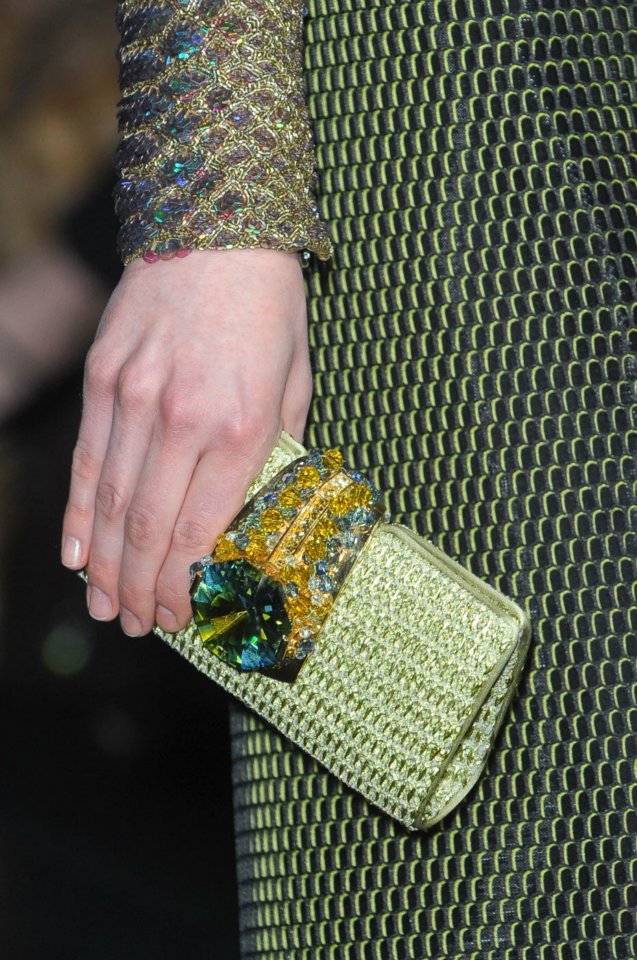 The worlds of fashion and show business collided at Giorgio Armani's couture show today in an entirely unprecedented way. Just before the show started, Jessica Chastain, settled in the front row, heard that she'd been nominated for an Oscar. There were shrieks, there were cheers, but Chastain held back the tears till Armani himself presented her with a massive bouquet backstage after the show. Now that's PR.

Given that thunder-stealing moment, you might imagine that the collection would be slightly back-seated, but it was almost as if Armani had anticipated the competition, because he rolled out his most persuasive couture outing to date. It helped that his theme was metamorphosis, with particular emphasis on the snake, whose powers of persuasion are legendarily recorded in best-selling novels like the Bible.
The snake sheds skin, the butterfly emerges from a chrysalis—both natural processes influenced the silhouettes of the collection. The skirts, for one thing, which were deeply folded like a pod. Or the evening pieces, where a sequined bodice slithered out of a swag of silk.

Maybe Armani had been looking at the serpentine photos of Guido Mocafico, because the color palette starred the same absinthe-bright, disconcerting green of Mocafico's snakes, just as the prints had the same coiled intensity and the shiny fabrics duplicated the soft sheen of snakeskin. The mesh laid over jackets and skirts looked like reptile scales, the crocodile was obviously the real thing.

But the other message of the couture show was man-made—a shrugged-off casualness, jackets on shoulders, hair tousled (maybe too much so). The strong contrast made for a strong show. And if Jessica Chastain believes in lucky charms, we know what she'll be wearing come Oscar night.