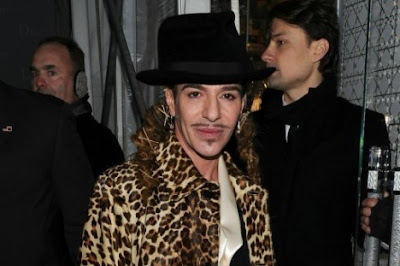 Dior suspends chief designer John Galliano following his arrest for alleged assault
French police briefly detained British fashion designer John Galliano in Paris on Thursday evening for alleged assault and making anti-Semitic remarks...
The detention in Paris’ fashionable Marais district came after Dior’s chief designer allegedly verbally accosted a couple seated on a cafe terrace. Galliano’s lawyer strongly denied accusations of anti-Semitism.
“For the moment we don’t know what led him to address the couple,” the police source said. “We don’t yet know if they knew each other or not.”
Police detained him and he was found to have been drinking alcohol. The designer was released pending charges being filed.
Galliano’s lawyer Stephane Zerbib told AFP the designer “formally denies the accusations of anti-Semitism made against him.”
Galliano “is not at all in this state of mind (and) will explain later,” Zerbib said, adding that “legal action will be taken against those making such accusations.”
Source: AFP