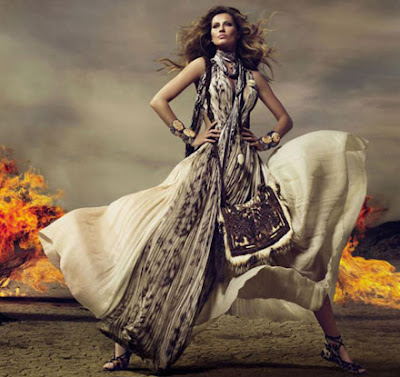 No wonder Cavalli wants Gisele to grace the anniversary campaign, as she’s the one to do it with style, beauty and chic like no one else in model business.

Sporting leopard printed garments and flowing dresses of weightless chiffon, Gisele is posing amongst fire and destruction in the desert looking her best (slightly photoshopped) self.

There’s something nomadic and mysterious about these shots made by esteemed photographers Mert & Marcus. 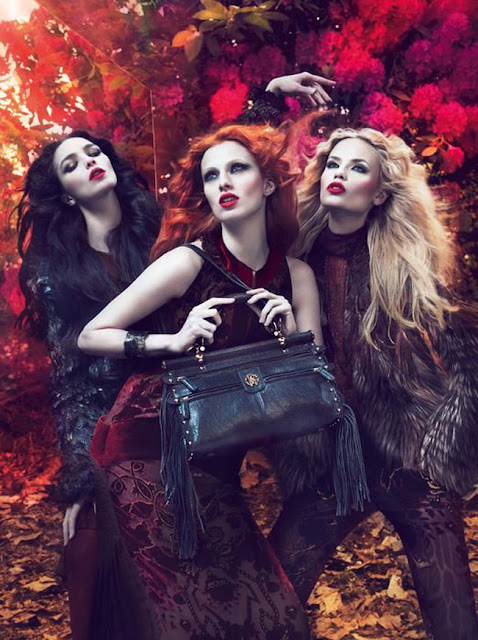 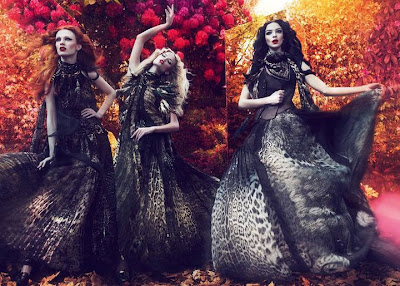 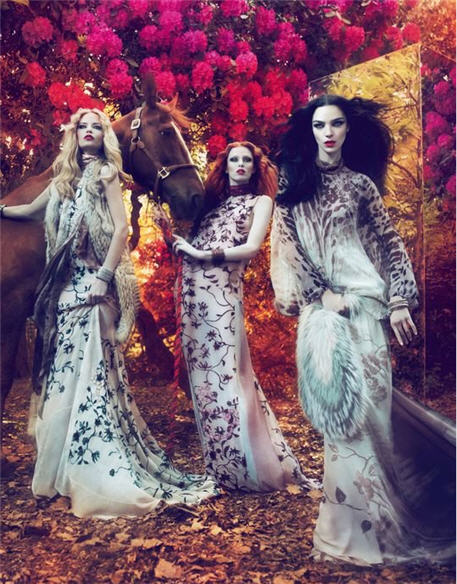 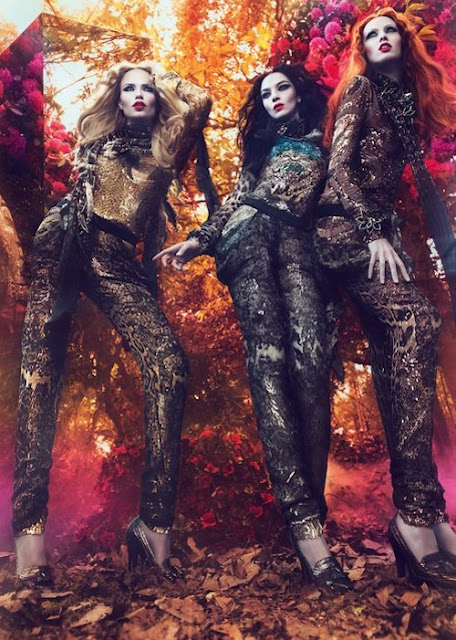 The Roberto Cavalli Fall/Winter 2011-2012 advertising campaign stars Natasha Poly, Mariacarla Boscono and Karen Elson. They are exceptional muses of the Florentine designer, who chose to use women with different personalities and appearances through which to represent his collection. Each of them embodies a characteristic of the Cavalli women: sensuality, sweetness and determination.

Mert & Marcus, the famous photographers who have for many seasons interpreted the spirit of the Maison Cavalli collections, shot the campaign in Black Park, a beautiful location not far from London.

Nature and the clothes come together. Set in a charming woodland, flowers, trees and leaves create a magical, mysterious and enchanting atmosphere. The setting is complemented by three elegant creatures, while at the same time a kaleidoscope of images created by mirrors and refractions of light are unfolding.

In a dream-like and metaphorical setting, the duality of a woman is expressed by armour-like clothing, animated with bright metallics: a light that is turned on and shapes the body from within, that sculpts the female anatomy and transforms it, rendering it futuristic, ready to embark on the path to a new sensuality.

The soundtrack was mixed exclusively for the backstage video by DJ Nick Corline using the models' voices.